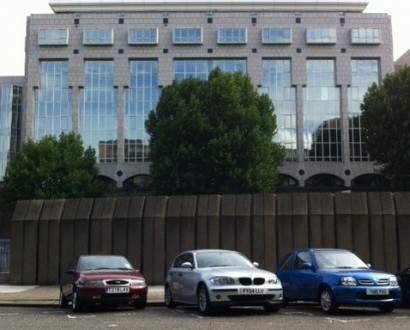 Calls for Pickles probe over pre-election use of public money

Irate taxpayers were today calling for an investigation into Community Secretary Eric Pickles, who has waited until the start of the local election campaign before sending government inspectors into Tower Hamlets – at public expense.

Local opposition parties – Labour and the Conservatives – have been calling for inspectors to come into Tower Hamlets for most of the three and a half years since Lutfur Rahman was elected Mayor of the Borough. To date, Eric Pickles has resisted such calls – and has sat back while Mayor Rahman has concentrated his budget on saving the poor of Tower Hamlets from the worst effects of government public spending cuts while also winning a string of awards from reputable national bodies for excellent work by Tower Hamlets Council.

However, a Panorama programme broadcast last Monday (31st March) saw three sitting and one former Labour Councillors make a string of assertions.  At no point did those who raised allegations say why they had waited until a Panorama journalist tootled along before they took any action over the serious concerns they harboured.  At no point did the Labour politicians explain why their allegations were not serious enough to take action over earlier, but suddenly became serious when there was a chance to raise them in on TV just before the election campaign began.

Whatever the reasons, the message the political parties will now be able to put to the voters is that there was something dodgy about Mayor Rahman’s Administration – which is, after all, the main message of the two local opposition groups.

Are the Tories sending out leaflets headlined “Vote for us: the party that brought you welfare benefit and public spending cuts”?  No.  “Our area is being let down by the current Mayor,” says the Tory candidate on his latest leaflet.

Is Labour sending out leaflets headlined “Remember Iraq: vote for the British Party with a strong record of invading Muslim countries”? No. “Over the next year we will work hard to […] expose the failings on the current Mayor” is how Labour’s John Biggs introduced himself to the electorate (which turns out to be a promise he has kept).

Both parties are reported to be increasingly desperate, as their negative messages are not going down well on the doorstep. Now, just before the election campaign, we see the grotesque spectacle of Eric Pickles using public money – public money – to send government inspectors into a borough which didn’t need inspecting before. It’s a move which the local parties will be hoping to use to persuade their identified supporters to vote and to firm up wavering electors.

Lutfur Rahman’s mayoral career began with a load of men and women, with no local connections, sat in an office in Westminster, over-ruling the wishes of local voters. Now one bloke is sat in his Westminster office trying to curtail the activities of the man chosen by local voters. Tower Hamlets should not be run from Westminster: it’s time we got Home Rule. On 22nd May, the voters of Tower Hamlets can now see more clearly than ever what we must do.