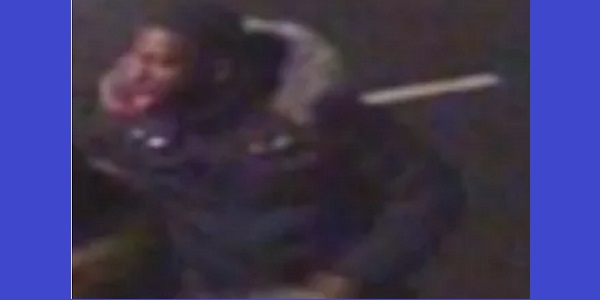 Police are still trying to identify the second gunman.

GUNSHOTS HEARD in Butchers Road, Canning Town, in the early hours of 30th December led to a police hunt for the gunman. Now a man has been charged with possession of a firearm with intent to cause fear of violence.

The man is Chris Kaba, 19, of Bowen Street, London SE26. He was charged on 11th February and appeared in custody at Thames Magistrates’ Court on 12th February.

Police are still trying to identify and locate a second man, caught on TV at the scene. He is described as a black male who was wearing black joggers, black trainers and a black coat with a light coloured fur hood.

•Anyone who believes they recognise the man or has any other information about the incident is asked to call Newham police on 020-8217 5720. Alternatively, you can call Crimestoppers on 0800-555 111, where you can give information anonymously.

•Read more about it:
Who are the Canning Town gunmen?
East Londoners jailed for weapons offences