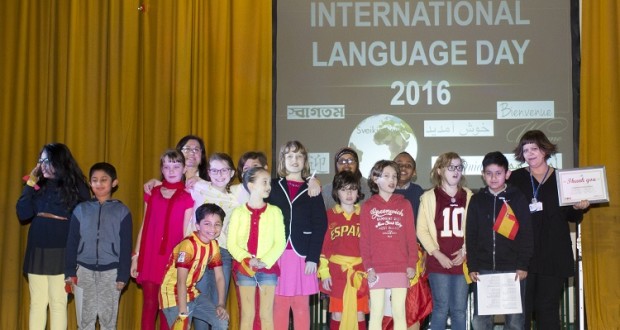 A 700-strong audience was thoroughly entertained at a cultural gala organised by the Community Languages Service of Tower Hamlets and which paid tribute to community languages and the variety of cultures across Tower Hamlets. Under the able leadership of Mr Showkat Khan, Service Manager of the Community Languages Service, the International Language Day celebrations took place at York Hall in Bethnal Green and kept the audience captivated for the whole two hours. 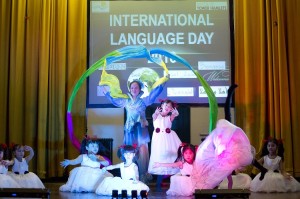 The event celebrated the achievements of young people from the borough. Over 2,000 of them attend 45 after-school language classes in Arabic, Bengali, Cantonese, Lithuanian, Mandarin, Somali, Spanish, Urdu and Vietnamese. In addition, tutors employed by the Community Languages Service work in 30 local primary schools to support French, Spanish and Arabic classes which are held as part of the school curriculum.

Some 300 children aged 11 to 14 attend classes in Arabic, Cantonese, Bengali, Mandarin and Urdu run by the council. Around half of them go on to take early GCSEs or even “A”-levels in their chosen language – and 95% of those who take the exams achieve A*-C grades.

Awards were also presented to schools, community groups, students and teaching staff who helped the youngsters gain top grades in exams and enter competitions in designing posters and leaflets and in topic-based creative writing.

The event coincided with International Mother Language Day, UNESCO’s global event remembering the language movement martyrs who sacrificed their lives 60 years ago campaigning for recognition of Bengali – one of the state languages of the then East Pakistan, now Bangladesh.

Role plays, cultural dancing, drama and singing were just some of the highlights performed by young people on the night in Arabic, Chinese, Lithuanian, Bengali, Panjabi, Spanis and Urdu. Guests included head teachers, parents, dignitaries from the Lithuanian and Spanish embassies, professionals from various academic institutions and local politicians.