Don't Miss
Home / Community / “DEAF NOT DUMB”
A group of young deaf filmmakers have produced an award winning short film that has prompted a considerable global response from the worldwide deaf community. 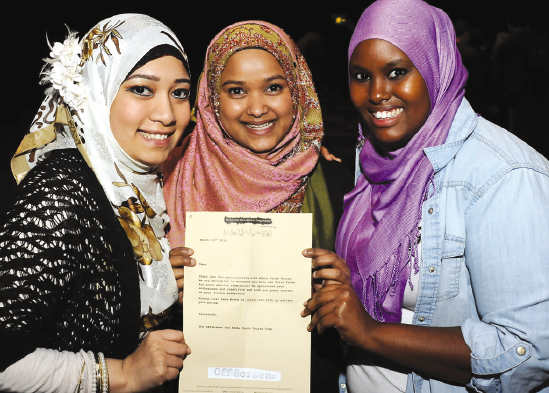 Youngsters use film to break down stereotypes

Since the screening, the video has been uploaded to multiple social networking sites and has received a total of over  5,000 hits in less than a week, inspiring encouraging comments from subscribers across the European Union and  North America.

The winning team will be claiming their prize, an all expenses paid trip to California from 2 – 7th August, where they will have the chance to meet film industry executives and participate in a week of creative activities with other  winners from the 30 countries also involved in Adobe Youth Voices. “Deaf Not Dumb” offers a powerful counter narrative to the discrimination targeting members of the deaf community and was dubbed “truly inspirational” by Alex Yamamoto, Adobe Youth Voices project manager from the initiative’s headquarters in San Francisco. As part of Deaffinity’s Youth leadership and Engagement programme, the group of youngsters were equipped with the skills to conduct first hand research, design and produce the “Deaf Not Dumb” video. Sadaqat Ali, CEO of Deaffinity and a member of the Deaf community himself said: “The video highlights a number of key issues our community faces, i.e. discrimination, feelings of isolation, lack of effective communication.

“It emphasises the importance for us all to learn, or at least be aware of basic BSL. Speech is not the only method of non written communication. Simple gestures are not enough.” Members of the Deaf Community unfortunately fall  victim to some form of stereotyping and/or discrimination regularly. The focus groups and interviews showed a wide  variety of such instances, from workplace discrimination to lack of understanding by family and friends. The “Deaf  not Dumb” video is an example of the creative talent and passion of the young people have who are part of Deaffinity, and we hope to launch a few other creative media projects involving young people very soon. Visit  www.deafnotdumb.com and www.deaffinity.com for further information.