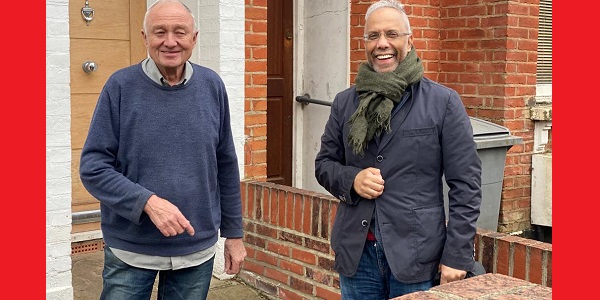 Ken Livingstone said, “If you look at the Mayor system that was first set up for Mayor of London in 2000, I was able to transform London for eight years, because you placed responsibility on one person, whom you elected and who had the ability to make real change.

“I request everyone to vote to keep the Directly Elected Mayoral system, and later make sure you elect a good Mayor, who will develop more houses and strive for the best in education–  a good Mayor who can lead Tower Hamlets for the better.”

Ken Livingstone added, “before the London Mayoralty was established, I was the Leader of the Greater London Council. My job was broadly holding the Labour Party together and overseeing or sorting out any problems, but when I become Mayor of London, it’s like you are a Chief Executive and you can do so many good actions very quickly. For the London Olympics I was able to say ‘yes’, but there had still ben a Leadership system, the decision would have gone to a committee for debate, which could have taken months. So for the local Councils we need decisive and effective Mayors too, because the Leadership system creates infighting within the Party and between the Parties.”

Ken Livingstone said, “I am personally requesting everyone to go out to vote on 6th May,  and please vote for the Mayoral system in Tower Hamlets and keep the power in your hands.”

The first elected Mayor of London, Ken Livingstone, supported the Dierctly Elected Mayoral system in 2010, and later he supported Lutfur Rahman as a Mayor candidate and joined the door to do campaign.