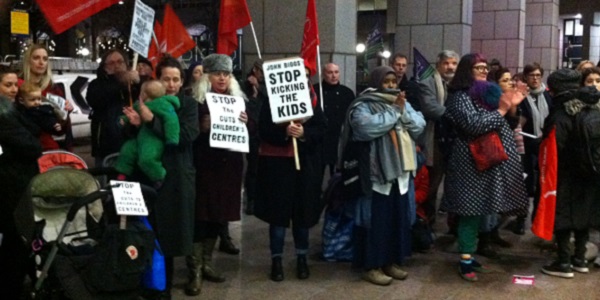 John Biggs is no stranger to cutting funding services for children: here is a previous consultation response.

ONCE AGAIN, John Biggs and the Labour Group handraisers are cutting services to the borough’s most vulnerable citizens. This time it’s not just children in general who are in his sights: it’s children with special educational needs and disabilities (SEND).

Tower Hamlets Council is consulting on cutting a wide range of support measures which currently help level the playing field so that children with SEND can thrive. The consultation closes at 5pm on Wednesday, 6th January.

The cuts in service are dressed up as a “reorganisation” of the service.  A document outlining the proposals is available, which gives the Council’s case in the customary Tower Hamlets Council manner.  In short, it promises to deliver an excellent service to support for a growing need – with fewer staff.  It’s as if the laws of physics which govern the rest of the universe do not apply in Tower Hamlets.

At the same time as it reduces services which support children with SEN, Tower Hamlets Council ploughs on with programmes to tart up the streets in Labour-voting wards with new flowerpots and road-markings and is even funding a consultation on changing the names of a couple of the wards in the borough. These are fair enough projects on their own – but how can they be a bigger priority than the borough’s most disadvantaged children?  (Ask you councillor…)

The issue is complicated as the cuts come for two reasons.
●First, the SEN service has been building up a funding deficit for a while, which the John Biggs’s economically prudent and efficient Council either did not notice or, if it did notice them, did not deal with earlier.  The deficit must now be eliminated by spending less than the budget allocation for a while.
●Second, some of the support for children with SEND has been cut by the schools themselves.  Government funding for schools is handed over, via the Council, to a body of headteachers. They used to invest part of that funding in SEND support in Tower Hamlets, which would then be provided to schools on the basis of need, free at the point of use.  Headteachers have now held back these funds and the Council has decided not to find alternative funding – so the service must cease.

This has led some Councillors, when questioned, to deny that the Council is “making” cuts but, rather, it is just “passing on” the schools’ own spending decisions. John Biggs’s decision to “pass on” the cuts has provoked the second lawful strike of his Administration – which seems to leave him and his councillors equally unmoved.

Time is short – so please hurry and make your views known.  We are told that it is easiest to respond to the consultation online. As we like to check our facts, we got a Tower Hamlets resident to go online and complete the questionnaire.  It was impossible to log in. We asked the Council six months ago why it is necessary to sign in to complete consultations and were told this makes the survey more convenient and “robust”. Fortunately, you do not have to respond online – there are alternatives.

●To respond to the consultation:
•Read the Council’s cuts/“reorganisation” document HERE.
•Respond online HERE.
•For support in completing the consultation or to obtain it in a different format, contact the SEND information, advice and support service:
yp@towerhamlets.gov.uk
020-7364 4982 (Monday to Friday, 9am-5pm)