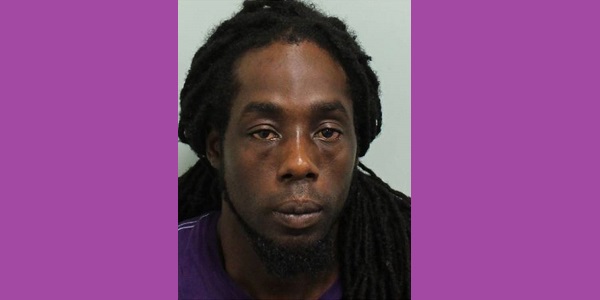 Daren Weekes: why did he have a knife - again?

A Hackney man was found in possession of cannabis and an offensive weapon (a knife) on 11th April – and just two days later he was in Court, pleading guilty. He has been remanded in custody, and within a month he’ll be back for sentencing.

Hackney police were running a proactive operation last Wednesday, with four police officers in plain clothes patrolling in unmarked vehicles. At 9.40pm they saw a dark Audi driving carelessly on the junction of the A10 and Clapton Common.

They followed the Audi into Geldeston Road, where it drew to a halt. The officers spoke to the driver – Weekes – who admitted that he was in possession of cannabis and later admitted that he had a knife. Officers searched the vehicle and found cannabis in his pocket and in a bag.

Weekes tried to explain the knife away as a fishing knife – but he could not provide any evidence that he had any fishing gear. He was arrested and taken to an East London police station and charged on 12th April.

After he had entered his guilty plea in court the following day, the Court heard that Weekes had been sentenced to six months in prison in 2016 – for possession of a machete.

Detective Inspector Paul Ridley, the borough knife crime lead from Hackney CID, said, “This case clearly demonstrates the importance of using a range of tactics to tackle knife crime. The covert officers decisively acted when they observed the vehicle which has led to another knife being taken off the streets.

“The magistrate has clearly recognised the seriousness of this offence and immediately directed the case to be heard at the Crown Court, refusing bail. Hackney officers and the Met as a whole will continue using these positive tactics whilst people believe they can blatantly carry knives without consequences. We have recently sadly witnessed the horrific effects of these weapons.

“If you are aware of any knife carriers then report to police or anonymously via Crimestoppers – you will almost certainly save a life.”

2018-04-18
admin1
Previous: Is the economy looking up?
Next: Unemployment fall offset by job losses