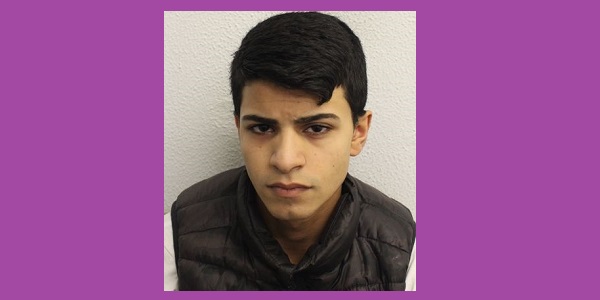 A YOUNG MAN was found guilty of a long list of sex offences against young girls after a trial at Snaresbrook Crown Court ended on 29th July. He is Abraham Ibrahim, 21, of Woodmill Road, Clapton, E5.

The Court heard that Ibrahim had systematically groomed his victims via social media. He met one of these girls, outside London, in June last year and he committed a number of serious sexual offences against her. He met a 14 year old, who lived in London, several times – engaging in sexual activity which constituted offences.

The events which led to Ibrahim being caught began when the parents of one of the girls he was messaging saw explicit images on her phone and called in the police. Police raided Ibrahim’s home last September and arrested him on suspicion of child abuse offences. He was initially bailed and then, as the police investigation brought further evidence to light, he was arrested for a second time on suspicion of having committed further offences. Ibrahim was finally charged at the start of last December, appearing at Thames Magistrates’ Court on 7th December. 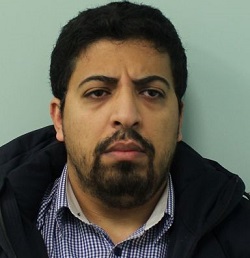 Abraham’s older brother, Yousef Ibrahim, 29, of the same address, was also on trial – facing one count of perverting the course of justice. The Court heard that he had contacted a friend of one of the victims in January this year, asking her to try to persuade the victim to change her story. Yousef Ibrahim was arrested in February on suspicion of perverting the course of justice and witness intimidate. He was found guilty on 29th July.

Detective Inspector Mark Rogers, who led the investigation, said, “Abraham Ibrahim was a lone, opportunist offender who targeted his young victims on social media platforms knowing they were vulnerable, pursuing them for his own sexual gratification. Yousef Abraham has tried to influence the course of the investigation. His actions were utterly reckless, misguided, and resulted in his conviction. I would like to praise the children and their families who have shown great courage in supporting the investigation and giving evidence in a difficult and traumatic court case.”

DI Rogers added: “Thankfully, these type of crimes are rare. However, it is important that parents, guardians and everyone who works with young people takes an interest in what children are doing on the internet and educate them about the risks associated with using social media.

“The internet is a fantastic resource enabling young people to socialise and learn. Unfortunately, it can also be used by predatory offenders to target children. We will robustly investigate any child sex offences committed online, and I would urge any young person who have experienced unsolicited contact to report it to police.”

The brothers will return to Snaresbrook Crown Court on 27th September for sentencing.

•Read more about it:
Jail for Dagenham bus sex predator
Women woken by sex attacker on Isle of Dogs