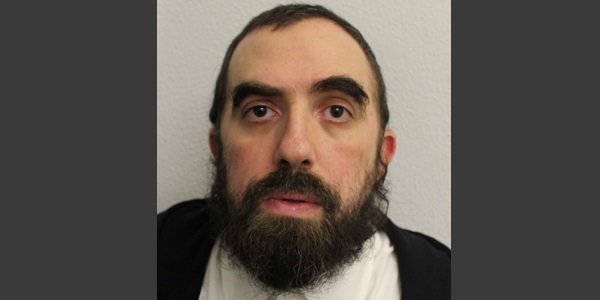 Hackney man sent down for sexual offences against children

HE HAD pleaded guilty last October to multiple charges of abusing children – including sexual assault on a girl and on a boy, both under ten years of age, and making and distributing indecent images of children. In January he returned to court for sentencing.

The guilty man, Abraham Berger, 40, of Hackney was sentenced to 14 years imprisonment, with four years to be spent on licence afterwards.  In addition, the Court made an indefinite Sexual Harm Prevention Order.

Berger had been part of a chat group which discussed the sexual abuse of children and shared indecent images and videos.  He was initially arrested on 6th August last year by officers from the Metropolitan Police Service’s Online Child Abuse and Exploitation team.

Detectives found over 1,500 indecent images of children and 127 videos on Berger’s phone.  Police were able to establish that Berger had committed the abuse recorded on some of the videos.

Detective Constable Chris Bailey of the Metropolitan Police Central Specialist Crime (vulnerability) team said, “Berger is a dangerous, predatory offender who poses a serious risk to children. He was living a double life, committing sickening acts of child abuse and talking about his crimes to others online. The protection of children, and other vulnerable people, from harm is a priority for the Met, and we have a team of officers dedicated to identifying and arresting child abuse offenders who operate online.”

●The Metropolitan Police fear that they may not have found all of Berger’s victims. They urge anyone who has any concerns to telephone them via 101: specially trained officers are available for callers to talk to.

●Anyone with concerns about possible child abuse should call the police via 101 – or 999 in an emergency.  Alternatively you can contact Crimestoppers on 0800-555 111 and give information anonymously.  The NSPCC can provide support: call them on 0808-800 5000.

●Read more about it:
Dopey dealer helps himself to a drug delivery
Who is he man behind shop assault in Ilford?