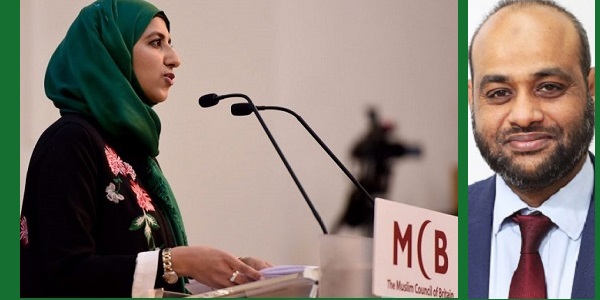 THE ELECTION of Zara Mohammed as Secretary General of the Muslim Council of Britain (MCB) has been welcomed by the Muslim Professionals Forum (MPF), which sent Ms Mohammed a letter of congratulation.

The MPF also issued a statement congratulating Ms Mohammed on her achievement and welcoming her response to the news. As her ballot victory was announced, Ms Mohammed pledged to ensure that the MCB continues to be an inclusive and diverse organisation. The MPF said that this was welcome news: with well over 3 million Muslims now living in the UK, all of whom look to the MCB to represent them, it is important that the MCB be representative of the whole population.

Muslim Professionals Forum Chair, Cllr Khaled Noor, said, “New Secretary General Zara Mohammed has expressed hope that her election will encourage more women and young people to step forward and take up leadership roles in the MCB.  Her election is a positive encouragement to them to do so. The MPF looks forward to the MCB flourishing in Ms Mohammed’s very safe hands, and we look forward to working with her over the next two years.”

2021-02-05
admin1
Previous: Hackney man sent down for sexual offences against children
Next: Mayor John Biggs and Cllr Ehtasham Haque step out together