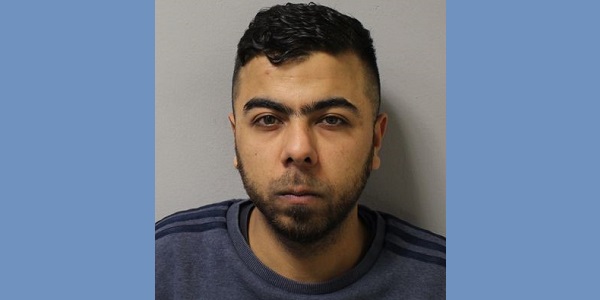 Sahme Mohammed has now been sentenced.

IT HAS TAKEN over a year – but the man who carried out an acid attack on Burges Road, E6, was finally sentenced at Snaresbrook Crown Court earlier this month.

Sahme Mohammed, 28, of Park Avenue E6 is now facing 20 years imprisonment: 15 years to be served in prison, with a further five years on license. He had previously pleaded guilty to changes of throwing a noxious substance with intent to main, disfigure or cause Grievous Bodily Harm and of causing Grievous Bodily Harm with intent.

The crime was committed on 12th February 2018. Police were called at around 4pm and told that a noxious substance had been thrown over a man in the street.  Police and the London Ambulance Service responded and found the victim with burns over his face, arms and upper body. Members of the public were pouring water over him to ease the burns.

The victim was later described as having suffered “a devastating chemical injury”. He required extensive treatment, including skin grafts and reconstructive surgery.

Police investigated the crime and believe that three men drove into Burges Road in a silver Lexus. The victim was then hit with a brick before the corrosive liquid was poured over him. Police were able to identify the suspects by using CCTV images and all three were arrested.

Muhammed Al-Ali, 24, of Sisley Road, IG11, was sentenced at Snaresbrook Crown Court on 25th October 2019 to serve 15 years in prison and a further five on licence. The third defendant died before he could face trial. The sentencing of Sahme Mohammed therefore completes the investigation.

Detective Constable Faye Cook said: “This was a horrific incident which left the victim with serious injuries. This sentencing is the culmination of a lengthy process which has been very trying for him.”

●Read more about this story:
Three charged after acid attack in East Ham

●Read more about it:
Mystery as two die in Dagenham
Teen guilty of Newham murder