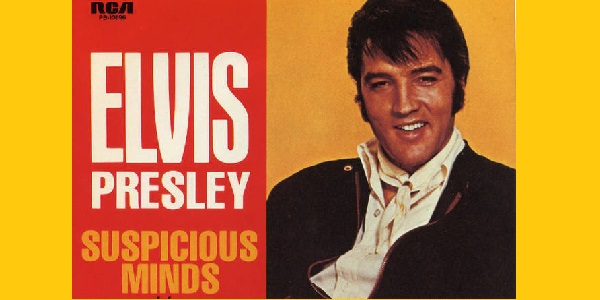 The year began with Elvis Presley at the number 2 spot – with Suspicious Minds. Later in 1970 he was to hit the top spot with The Wonder of You, but Minds had to be content with the second spot.

It was perhaps a daring set of lyrics for 1970: an appeal to a partner to trust the singer rather than be suspicious of any contact the singer may have with other people. Was the suspicion well founded? We’ll never know.

Minds was written by Mark James, a prolific US songwriter (who also featured on the writing credits for Elvis’s later hit Always on My Mind). James did release his own version, but then gave the song to Elvis – who reached number 1 in the US charts with it, the last time he reached the top spot before he died.

If you’re an Elvis fan, indulge yourself with a quick listen. If (like us) you are a little more hesitant, have a quick check in – it is a good song, after all – and then pop over to our entertainment page and enjoy our last feature, Neanderthal Man, just one more time.