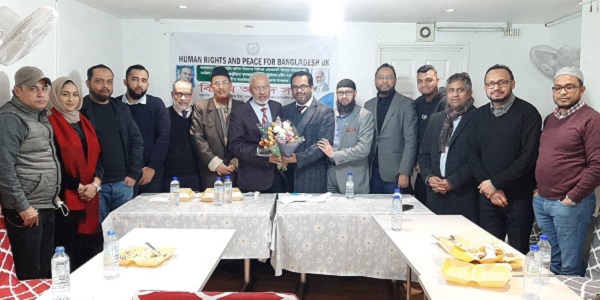 The UK committee of the Human Rights and Peace for Bangladesh (HRPFB) organisation organised a special meeting in a restaurant in Whitechapel last Wednesday to celebrate the achievements of two of its senior members.

Central President Adv Manjil Murshed has been promoted to the status of senior lawyer of the Appellate Division of the Bangladesh Supreme Court. Chair of the UK committee, senior journalist Mr Rahmat Ali, celebrated 50 years as a journalist.

The meeting was chaired by Cllr Ayas Miah, Secretary General of HRPFB, and presented by Abul Hussain, Joint Secretary of HRPFB-UK Branch. 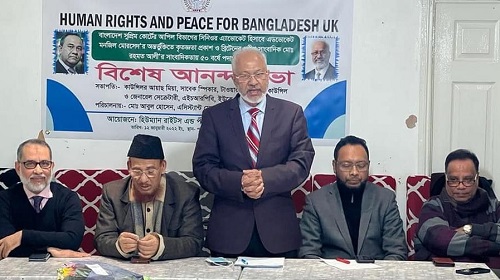