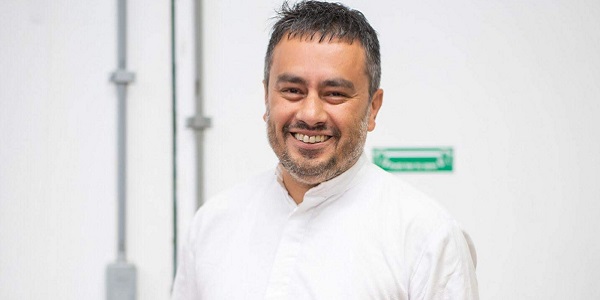 BY ROYAL APPOINTMENT Zoinul Abidin, Head of Universal Services for the London Borough of Barking & Dagenham, has been recognised for his sensational efforts in the field of community development.

Zoinul has been recognised by Her Majesty the Queen and awarded the honour of a British Empire Medal (BEM) in the 2022 New Years Honours List. He has strategic and operational responsibility for libraries, community hubs, social prescribing, community food clubs, children centres, healthy lifestyles and a nursery.

Zoinul started working for Barking & Dagenham in 2008 as Group Manager of Libraries. Under his leadership, Dagenham Library was awarded the British Book Industry Library of the Year award in 2016, and Barking Library was highly commended in 2017. He has developed and brought in a variety of council and voluntary sector partners to work in libraries to enhance the role of the traditional library, and his excellent innovations have become widely recognised as best practise models.

Zoinul’s passion for and love of community matters are second to none, and he has been a true advocate of providing grassroots community organisations and start-up services with excellent working space in library premises. Zoinul also has responsibility for managing the Barking Learning Centre, which is a unique centre with a whole range of partners from a library, college, university, CAB, police station, and many council services.

It is the only library in the country to have a community sauna service and was the launchpad for the innovative #bookbikeondon. Zoinul hosted the launch of that scheme, which has gone on to receive global acclaim.

Zoinul initiated the ground-breaking Pen to Print project through Barking and Dagenham Libraries. This is a competition to nurture, discover and support local writing talent, leading to the publication of books written by local residents. The borough received Arts Council Grants for the Arts funding for this project from 2014 to ensure the continuation of the project and the annual reading festival.

In 2018 the project was awarded Arts Council National Portfolio Organization (NPO) status – one of the first seven libraries in the country to be recognised in this way. Barking & Dagenham was the only borough with an NPO status in London.  This has guaranteed the project £720,000 over four years. To date, Pen to Print has assisted 23 residents to publish their books.

Zoinul has worked in libraries for the past 25 years – starting his career right at the bottom as a library assistant in Tower Hamlets. He was involved from the beginning of the Idea Store concept and managed a number of Idea Stores, including the flagship Idea Store in Whitechapel. He has a master’s degree in Public Policy and is a Fellow of the Clore Leadership programme, a leadership programme designed for those working in the cultural sector.

Outside work, Zoinul has a passion for the local community and sits on the committees of a number of voluntary organisations. Zoinul has recently been appointed as a trustee to sit on The Reading Agency Board, a national charity promoting reading. Zoinul has four children and is a lifelong Liverpool Football Club supporter.

In recognition of the award Zoinul said, “I am truly privileged and humbled to have been honoured with a BEM award. I want to dedicate this award to my late father, who would have been so proud. Throughout my career my personal vision has always placed people at the heart of everything that I do – striving to bring the best out of people and making a difference to people’s lives.

“So, it is only right today, that I recognise the many people who I have worked with, past and present, who have been on this journey with me, ultimately believing in my approach, my creativity – and, sometimes, my eccentric ways of doing things. Thank you – all of you know who you are.”