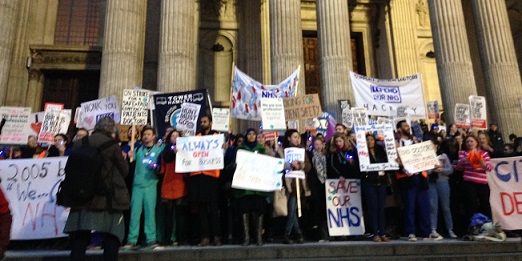 Hunt ploughs on regardless

As we come to the end of the first day in the latest bout of industrial action by the junior hospital doctors, Secretary of State for Health Jeremy Hunt has been on TV and the radio telling the doctors off as if they were naughty children. It’s a clear signal that the Government is keeping the drawbridge up: not intending to negotiate, its only tactic is to slog it out for sympathetic media coverage. It’s not a winning tactic – so far.

There was a cross-party call for compromise in the run up to this strike, backed by the presidents of ten royal colleges. Clare Marx, President of the Royal College of Surgeons, for example, said: “If the Government proceeds with imposition [of the new contracts] in its current form, it will inflict further damage on workforce morale and ultimately patient care.” The Government rejected the call for compromise out of hand.

During his media appearances, Hunt was stressing that the Conservative Party gave a General Election Manifesto commitment to introduce a seven day a week NHS. He stressed that no trade union had the right to disrupt the Conservative Government delivering that pledge. This is disingenuous. The junior doctors have explained time and again that a seven day a week NHS already exists: emergency care is provided 24/7 every week of the year, with routine care being concentrated during office hours on weekdays. If the manifesto pledge means extending routine care to evenings and weekends, all staff will need to work anti-social hours – doctors, nurses, cleaners, specialist staff such as radiographers and staff who work for other bodies, such as social workers employed by Local Authorities.

Traditionally, working anti-social hours has attracted higher rates of remuneration. The new contracts are not bringing more doctors into the NHS to deliver more care, or buying more hours from support staff. They are, simply, about stopping paying a premium rate for evening and Saturday work. The election pledge was to have a seven day a week NHS – there was no manifesto pledge to reduce doctors’ pay and the doctors have every right to resist the Government pretending that there was.

Hunt has condemned this strike in particular because junior doctors have not provided emergency cover. He has not admitted that emergency cover is being provided by senior doctors – consultants, who also support the junior doctors’ stand. He tugged at heart strings, claiming that “too many parents lose children and people lose loved ones because of a lack of a seven day a week NHS”. Nonsense! (to quote Walter Wolfgang). There are more deaths in hospital at weekends rather than during the week because emergency admissions at weekends constitute a higher proportion of patients in hospital on Saturdays and Sundays. The deaths are a higher proportion of the hospital population because there are hardly any routine care appointments over the weekend – not because of a lack of junior doctors.

If it were the case that the NHS needed more junior doctors on duty over the weekend, a Government implementing its manifesto pledge to provide more of them would put more money in the NHS budget and hire more doctors. Paying doctors less for working on a Saturday does not provide more doctors.

This Government, and its predecessor, showed that the Tories can do complete U-turns when they want to. Why have they hung on so long and doggedly on this one? It wasn’t an election pledge, but the Government clearly has a policy of making infrastructure up its productivity. In other words, make hospitals offer seven day a week routine care: then you can close two in every seven hospitals without reducing the level of treatment. As hospitals enter the years in which PFI deals are becoming ever more costly – really, really, deficit-inducingly costly – these overheads are becoming more significant.

Just as winning this dispute is so important for the Government because the junior doctors are the tip of the NHS iceberg, so the NHS is the tip of the iceberg of the whole public sector. Local authority workers could deliver services seven days a week too, also saving on overheads. With the emphasis on Councils contracting out more services to the private sector, it makes complete sense – as long as extra remuneration for working evenings and weekends is scrapped.

If and when the principle of a five day week is lost in the public sector, it will vanish in the private sector – an excellent source of profit for the companies that have found it hard to generate profit during the austerity years.

This dispute is about so much more than the junior doctors: it is the start of an onslaught on all workers in the UK today. Get yourself down to your nearest hospital picket line and show your support. If you don’t, that hospital may not be there when you next need it. 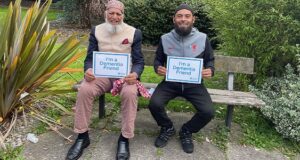