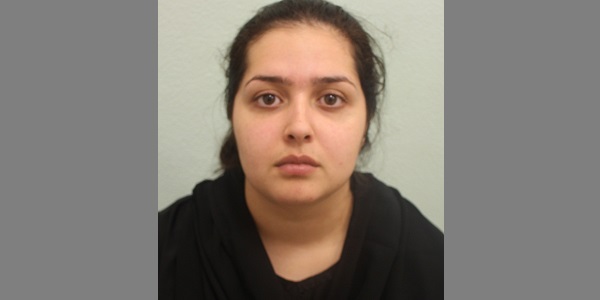 A YOUNG ILFORD woman has been found guilty of the manslaughter of her boyfriend after a trial at the Old Bailey, during which she was found not guilty of murder. She is Fatima Khan, 21, of Jersey Road Ilford. She is expected to return to the Old Bailey for sentencing. 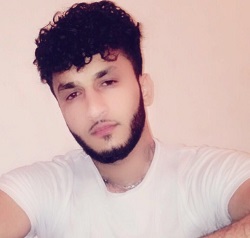 The killing took place in West London. The victim, Khalid Safi, 18 was found in Victoria Road, W3, in the early evening of 1st December 2016 – suffering from stab wounds. He was taken to hospital by ambulance, but died shortly afterwards. A post mortem the following day gave the cause of death as a stab wound to the heart.

During the trial, the Old Bailey was told that Khan and Safi had had an on/off relationship over the preceding two years. However, there was a second man (referred to in Court as Suspect 1) who wanted to become Ms Khan’s boyfriend. The two men were aware of each other and had developed a dislike for each other – and had even fought over Ms Khan in the past.

On the day of the killing, the victim, Khalid, arrived at Ms Khan’s workplace unexpectedly and the two began to argue, which continued as they left the workplace. Khan filmed parts of the argument, and she posted some of the film on Snapchat, alleging that Khalid had assaulted her and threatened her with a gun. She posted the film knowing that “Suspect 1” would see it, and she implied on the post that Khalid was arguing with her and would not leave her alone.

Accordingly, “Suspect 1” got a knife and took a taxi to North Acton, knowing that Khan and Khalid were there. When he arrived, “Suspect 1” spoke to Khan and then argued with Khalid – a confrontation which ended with Khalid being fatally stabbed. “Suspect 1” ran off, discarding the knife he had brought with him and the jacket he was wearing. He went to a north London hospital and asked for treatment for some minor injuries he had sustained during the argument, but he left before receiving any treatment. He then discarded his mobile and did not go home.

Police produced CCTV footage which showed Ms Khan going into a café while the two men were fighting. Staff overheard her on her phone, telling someone to hurry up, saying that there had been a problem. She left the café and went over to Khalid and took photos of him as he lay dying on the ground. Some passers by asked what she was doing and she said, “it’s for my sister,” before walking off.

Ms Khan was arrested on 7th December 2016. She was released on bail, eventually being charged with conspiracy to commit grievous bodily harm on 16th August 2017. She was then charged with the murder of Khalid Safi on 31st October.

Detective Chief Inspector Mark Cranwell, who is from the Met’s Homicide and Major Crime Command, said, “When Khan posted that message [on social media], she knew full well that, at the very least, serious harm was going to come to Khalid. When Khalid was injured, instead of getting help, Khan took photos of him and left him to die in the street. Khalid was only 18 years old when he was killed and he had his whole life ahead of him, however Khan decided to take that from him over a petty argument. I hope today’s conviction gives Khalid’s family some measure of comfort and closure.”

In Court, “Suspect 1” was named as Raza Khan, 20. The Court was told he had not been found – despite police appeals and a Crimestoppers reward of £5,000. DCI Cranwell added, “Every effort is ongoing to locate Raza Khan who is wanted for Khalid’s murder. If you know where Khan is, I’d urge you to do the right thing and contact the police or Crimestoppers anonymously. Perhaps you have not come forward with information in the past due a number of reasons, none of that matters. All that matters is that all those responsible for taking a young man’s life are brought to justice.”

•Anyone with information about Raza Khan is asked to call the police incident room on 020-8721 4054. Alternatively, you can call Crimestoppers on 0800-555 111, where you can give information anonymously.

•Read more about it:
Raja Ali murder: police get their men
Man charged with murder in Barking