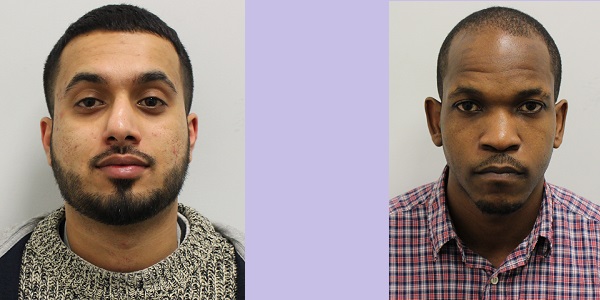 IT HAS BEEN a long and painstaking investigation – but the work of the Metropolitan Police has finally paid off as two further men have been convicted of killing Raja Ali in Dagenham in 2016.

The two new convicts are:
•Haziq Raza, 24, of Meath Road, Ilford;
•Navarda Rhooms, 26, of Eton Road, Ilford.
They were found guilty of manslaughter on 11th July at the Old Bailey. Both men had also pleaded guilty to violent disorder on 5th June, the first day of their trial.

Two other men had been found guilty of manslaughter on 3rd July 2017 at the Old Bailey. They had both also pleaded guilty to violent disorder. They are:
•Abubaker Omar-Bana, 27, of Rochford Close, East Ham (who was sentenced to 15 years imprisonment);
•Jordon Archambie, 21, of Hesketh Road, Forest Gate (who was jailed for 12 years).
After these convictions, local police vowed to continue their investigation until all the perpetrators were brought to justice.

Raja Ali, 33, from Elm Park was violently attacked by a group of people and was stabbed 13 times and attacked with weapons including a hammer, metal poles, baseball bats and at least one knife in Dagenham in September 2016.

As detectives investigated the killing, Rhooms fled to New York and Raza fled to Pakistan. Having returned to the UK, they were arrested on 2nd January and 8th January respectively. Both men will return to the Old Bailey in the last week of July for sentencing.