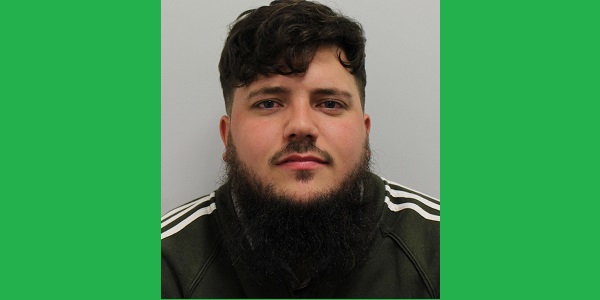 IT’S NOT CLEAR why Peter Brown, 29, of Stanford-Le-Hope thought it was a good idea to wave an imitation firearm at a group of youngsters out on Wellington Road, Newham – but it won him a ten year, nine month jail sentence.

The offence was committed in August last year. A group of young men were walking down Wellington Rod, Newham, when a car pulled up. The back doors opened and two handguns were brandished at the men. The men ran away – and the car drove off and then stopped again. The guns were displayed again before the car finally left.

A witness to the incident reported it to police. The Trident and Area Crime Command investigated – and were fortunate to find that the car had been seen on CCTV, enabling them to trace the owner, Brown, who was arrested a week later.

Brown pleaded guilty at Snaresbrook Crown Court on 10th April and returned to the Court last Friday for sentencing.

Detective Rob Jones of Trident, said, “Although nobody was injured, brandishing a pistol at people causing them to fear they will be shot is a despicable act. This offence took place opposite a children’s playground on a warm summer’s evening. Those who were threatened can be seen on CCTV running for their lives. Incidents like this cause fear in communities and are traumatic for all those who witness it.

“Detectives at Trident were determined to find who was responsible and Brown was quickly arrested. Thanks to the evidence gathered he had no option but to plead guilty. Possession of firearms, be they imitation or not, will not be taken lightly.”

•While he was in Court, Brown was also sentenced for two offences of fraud by mis-representation. He and a co-defendant had distracted two elderly women who were trying to use a cashpoint – and then stole their cards. He was sentenced to three months for each of these offences, the jail terms to be served concurrently with the firearm sentence.

•Read more about it:
Watch out for thieving con artist in Hackney
Assault on Grange Road, Newham

2018-04-18
admin1
Previous: Urgent: accomplice sought after Ilford assault
Next: Is the economy looking up?