Don't Miss
Home / Featured / Is this the sound of breaking China? 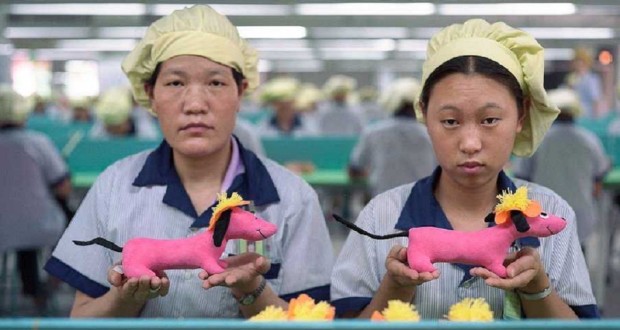 Is this the sound of breaking China?

China sneezes: will the world catch a cold? This could be – and is – a phrase being used today to headline articles about China’s admission that its annual economic growth has sunk below 7%. It was also a headline being used as long ago as August last year on articles about the faltering Chinese economy. Why, then, has today’s announcement that China’s economy grew by 6.9% last year – growth in the previous year was 7.3% and 6.9% is the lowest growth for a generation – come as such as surprise?

To answer that question, we have to stop and think about “growth” for a moment. “Growth” is intrinsic to the capitalist economic system, which has existed for a few centuries now. Before capitalism, neighbours would exchange goods on a perception of appeared to be of equal value: a jug of my goat’s milk in return for six of your hen’s eggs, three apples from my tree in return for three pears from yours, and so on. That was fine when you were doing an instant swap. If you wanted to do a delayed swap – a jug of my goat’s milk today for three of your apples in the autumn, etc. – you needed something which would hold the value of the goat’s milk till the tree fruited. This is why money was invented, not as a thing in itself but as a measure of today’s value being spent tomorrow.

Money itself doesn’t grow. Try it for yourself. Put a pound coin on your shelf and watch it. Go away and come back again. Whistle a happy tune to it and tell it that it’s wonderful. No matter what you do, that pound coin will not get any bigger. There’s no chance you’ll wake up in the morning and find that it’s had a little baby penny.

What grows – or shrinks – is the value that the money represents. If your neighbour gives you a pound coin for your jug of goat’s milk, come the autumn you can try to give your neighbour that coin back in return for three apples. But what will the apples be worth in the autumn? Three apples may have been a like for like exchange if you have three children who each want an apple at the same time as your neighbour has triplets who want to share the goat’s milk. If there’s not been much rain over the summer, the apples will be very small. You could get three little apples and feel that you hadn’t had value for money. Alternatively, if it’s been a good year for apples, your neighbour may leave some rotting in the fields because local demand has been satisfied. You may then feel that you hadn’t had value for money because you should have been able to get more applies for your pound (or, rather, for your goat’s milk).

As soon as you introduce money as a symbol of value, you introduce the ability to gamble on what something will be worth in the future. You then have the ability to gain extra money by speculating on the market (if you know the weather patterns and can see it’s going to be a dry summer, you know not to invest in apples – go and preserve some spring fruits to sell later in the year when there will be demand for fruit not satisfied by the meagre apple crop).

Once you have the ability to gamble on the future value of goods, natural or manufactured, and services, you have speculators shaping the economy so they can profit out of it rather than so that it can provide for the needs of society. Current UK housing policy refers, of which more below.

You also have people who collect up money (capital) and look for ways to make more. They rent a workplace and acquire some raw materials and then pay other people to produce goods which they sell for a profit – which is theirs to keep. Whether you call them investors or profiteers depends on your point of view, but what marks them out is that they get more value out than they put in – as represented by the money they have left once they have paid their rent, for their starter ingredients and for the labour that turned those inputs into outputs.

The investor-profiteers need a market: someone to whom they can sell the goods they manufacture (or the services they provide). If they can’t find a market, they won’t make a profit – they’ll just have a stockpile of unsold products. 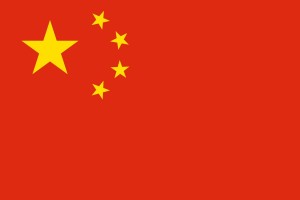 That, then, brings us back to China. For the last quarter of a century, China has been producing consumer goods – clothes, household appliances, little plastic things – and selling them to the people of other nations. To begin with, all was well. Labour in China was plentiful and, therefore, very cheap – so the prices of the country’s outputs was low, which helped them to sell in such number. The economy “grew”: that is, as the investor-profiteers churned out the products, they kept making a profit.

They made so much profit, they hardly knew what to do with it. They invested a great deal in Africa, which brought them lots of political influence – and more profits. Much of this spare capital has been invested in London residential property, which many investor profiteers don’t even bother to rent out – a process which has helped increase property prices in London to the unaffordable levels we see today. Housing has become a commodity, not a right. It’s been a good year for property, just as it could have been for apples. But we digress.

Two factors have tripped up this onward acquisition of spare capital.

•Since 2008, with the global economy crashing, there has been less demand for clothes, household appliances and little plastic things and China’s export-driven economy has been left with spare capacity (their goats are providing too much milk).

•China’s workers are now wanting a share in the profits – better wages and better terms and conditions at work. They were asked to change their lives, to leave the land and work in the factories, just as Brits were asked to do three centuries ago. Now they want their reward. China’s capitalists are slowing down on their export drives and trying to stimulate demand at home: their own workers are now their biggest potential market, rather than the rest of the world. It’s not really working – and certainly not bringing as much “growth” as they had hoped.

As “investors” can be viewed as “profiteers”, so the other name for “growth” is “increase in profits”. That’s why a slowing down of economic growth in China is being seen so seriously by the rest of the world: it will mean less money to “invest” around the world, and less chance to make profits for all the other capitalists.  Yuk.

Capitalists are usually a hopeful lot – or “optimistic gamblers”. Not for them the slow and steady accumulation of chips from the roulette wheel – it’s another throw, and another throw and chuck a bit more in till the wheel takes that final revolution and they realise there is nothing left. That’s why there is panic today at China’s news: they saw it coming, but they wouldn’t look or plan for it as they hoped the good times would continue and the China downturn wouldn’t happen.

Capitalists rely on being able to make profits. When they can’t make a profit from what they are doing, they go and find something else to do and/or a new place to sell. Now the world is not offering up new places to sell, they are a bit stuck. When you hear a capitalist humming “Is there life on Mars?” it might be that they’re just thinking of David Bowie right now, or it may be that they’ve just come out of a forward planning meeting.

They have been relying on China for a long time now: it has sneezed, and sooner or later we will all have that cold. Go tend your apple trees. Even if you can’t exchange their fruit for goat’s milk, at least apples are a good source of vitamin C.