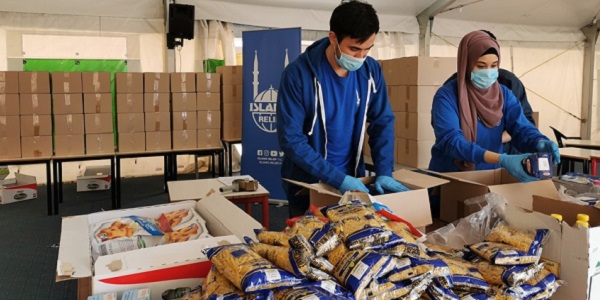 RAMADAN IS traditionally, as we know, a time for family, friends and communities to come together. This year it will be different across the world, as so much of the world’s population is in lockdown.

Or is it? While in the UK we are divided between those keeping to their homes and the “covidiots” partying in the parks, in many underdeveloped countries “lockdown” is impossible.  There’s not the space at home, and there’s not a welfare system that can substitute for work. And often there’s not a healthcare system that even most of the population can access. 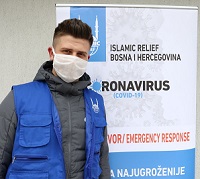 Islamic Relief Worldwide is acutely aware of the dangers facing billions of people in Africa, South America and many parts of the Middle East – if the virus takes hold. The charity has been working with the British Board of Scholars and Imams (BBSI) and with the World Health Organisation to come up with guidelines which will keep the poor both physically safe and observant during the holy month.

“There has been much controversy and sometimes anger over the closure of mosques in the Muslim world, but this is based on misinformation and misunderstanding,” says Atallah Fitzgibbon, Faith Partnership Advisor at Islamic Relief Worldwide.

“The world learnt the hard way during the Ebola crisis that not talking to communities of faith costs lives. By making sure people have the information they need, we’re arming them with the skills they need to adapt practices and keep people safe from this deadly virus.

“[…] the horror that would unfold if the virus took hold in horrifically over-crowded African cities or often squalid refugee camps across the Middle East, is beyond belief. Just one person can cause a severe outbreak in these fragile communities. With Ramadan around the corner, it is critical that people remain vigilant and safe. Unfortunately, this is not always happening,” he added.

The faith-sensitive guidelines, which complement medical facts, outline:
•the religious justifications for mosque closures during times of crisis;
•the religious obligation (wajib) to self-isolate if one exhibits symptoms or is at risk;
•safe adaptations to traditional Islamic burial practices – including the need for mass graves and the ability to use body bags instead of traditional burial shrouds – which will better protect frontline workers;
•best practices on providing spiritual counsel and consultation to loved ones of those who pass away from Covid-19;
•religious obligation to not spread misinformation or falsehoods. 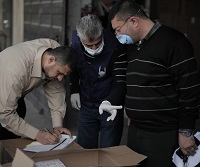 Getting aid into the Palestinian territory

Islamic Relief Worldwide is working with a range of international aid agencies – including Christian Aid and Cafod – to distribute the guidelines to faith leaders, mosques, chaplains, funeral workers, health professionals and aid and community workers across the world.

Haroon Altaf, Humanitarian Programme and Policy Manager at Islamic Relief Worldwide, commented on the current situation, “For now, the virus has spared much of the Global South but the information we’re getting from many places is deeply worrying,” he said. “In Somalia, the government has officially closed places of worship but despite this many stay open. In other communities we’re seeing mistrust of alcohol-based hand sanitiser, while in many places where we work a belief is being propagated that the faithful will be immune from the disease.

“This is not in line with Islamic teaching, which actually goes to extreme lengths to outline ways to keep safe at times of crisis like this. Islamic law, like humanitarian work, is based on the broader principle of ‘do no harm’ and protecting lives.”

Islamic Relief is now working on distributing practical help. It aims to distribute $US 10 million of medical supplies and equipment to at-risk communities in 20 different countries. As well as the practical help, the charity will be running a massive education programme to equip these communities with the knowledge that can keep them safe.