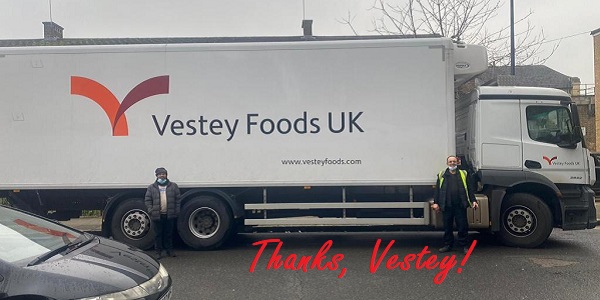 The Vestey van parks up on the St John's estate.

IT WAS A big thank you to Vestey Foods Ltd earlier this week, as Island Network volunteers packed up food deliveries to take to elderly and needy residents on the Isle of Dogs. 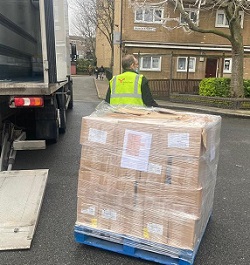 Unpacking boxes from the Vestey van

Donations had already been gratefully received from the Asda store on the Isle of Dogs and donations from One Housing Group and the Canary Wharf Group had been acknowledged. But the Brucie Bonus came with the arrival of a giant Vestey Foods truck – which unloaded a whole pallet of boxes for the distribution.

Island Network Chair Maium Miah Talukdar said, “We don’t usually expect to see such large lorries driving through the St John’s Estate – but the arrival of this one was a real talking point. We are so grateful to the company: all the goods they have donated to the Network are now out with local people, who really need them in this dreadfully cold weather.

“Thanks to the generosity of Vestey Foods, we have been able to support our older residents – and our local school, which will see that the Island’s young residents don’t go hungry. Thank you to all the staff at the company – you guys are amazing!” 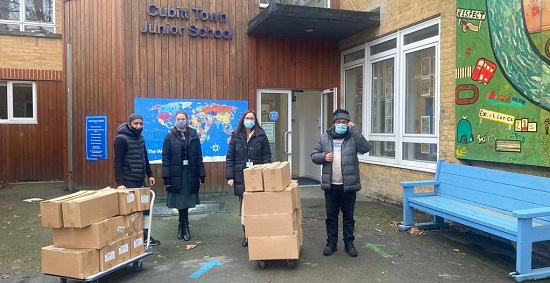