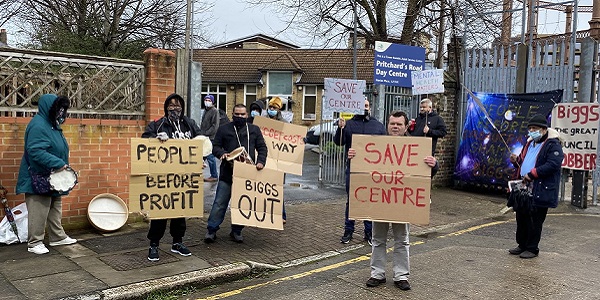 JOHN BIGGS has been at it again – closing down facilities which serve some of the most vulnerable members of the community in Tower Hamlets.  It is a move which saw users of Council day care centres stage a public protest last Friday. 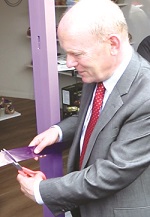 In his Budget, the Executive Mayor John Biggs declared that the Pritchards Road Mental Health Day Care Centre in Bethnal Green should close, along with the Riverside Centre and the day opportunities centres which provide dementia care and facilities for adults with physical disabilities. The move has been supported by Labour Councillors.

As he wielded the axe on these valuable services, Biggs said that the Council would introduce “targeted provision” to replace the centres.  What “targeted provision” means is not yet clear to the public – but it obviously is not intended to be a nice place where people can come together for support. Campaigners hope that it will not be the same kind of “targeted provision” offered to one service user when the Council decided to close the Meals on Wheels Service – which consisted, his daughter reported, of telling him where the nearest shops were.

Is this the way the national Labour Party wants us to care for the vulnerable members of society? Perhaps it is.  In his “Plan for a Just Society”, Keir Starmer wrote, “Anyone trying to access mental health or social care services faces an agonising process causing human suffering.” He must have been thinking about Tower Hamlets.