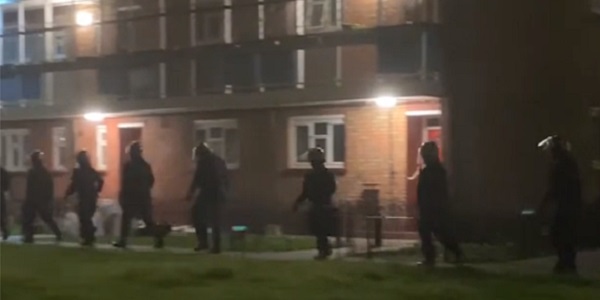 ON THE FACE of it, this has to be good news. The Metropolitan Police have just announced that 16 people were arrested in Tower Hamlets and Hackney during a recent “hit day”, bringing total arrests to 145 since March 2020.

When you stop to consider the statistic, which comes out of the Metropolitan Police/Councils “Operation Continuum”, it does give cause for concern. Tower Hamlets and Hackney have a combined population of around 600,000: 145 is a such a small percentage that most calculators probably can’t be bothered to work it out.

In absolute numbers, the result is disappointing too. When Lutfur Rahman was the Directly Elected Mayor of Tower Hamlets, his Administration worked with the local police and others to arrest “a dealer a day” – and that was just in Tower Hamlets.  Reaching 145 arrests in a population of 600,000 is not an advance on arresting 365 drug dealers from a population of 300,000. It’s worse: under the Rahman Administration the “dealer a day” target was often exceeded.

John Biggs: happy about his figures

Referring to the recent arrests, John Biggs, Executive Mayor of Tower Hamlets, said: “Tackling drug dealing and making our neighbourhoods safer continue to be top priorities for the council. Our Operation Continuum partnership work with local police has seen some fantastic results over the last year and these latest raids once again demonstrate the progress we’re making towards getting drug dealers off our streets.”  Perhaps he should look back in the Council archives and try to get his “top priority” back to the levels which used to be achieved before he took office.

Detective Superintendent Mike Hamer, the Gold Commander for Operation Continuum, explained the harm that dealing can bring to the community. “Drugs are inextricably linked to a high proportion of violent criminality – a key operational priority for the Met,” he said, “and we will therefore continue to target perpetrators; seeking to bring them to justice.”

East Londoners can only hope for a Mayor who can pull their socks up and help the police to do much better to tackle a crime which blights so many lives and has so many victims.

●Read more about it:
Police dogs help fight crime in East London
Barking cannabis farmer locked up for a year