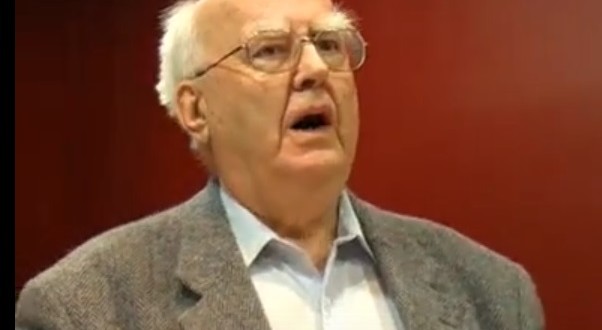 Len Aldis, well known local campaigner for peace and pensioners, was found at home on Friday, 27th November, having passed away. Len’s friends had individually been worried that he had not answered or responded to phone calls recently. When they began discovering that none of them had heard from him, they had to ask the Met police to go round.

On Saturday evening, the Metropolitan Police issued the following statement:

“Police were called to an address at Tomlins Grove, E3 on Friday, 27 November at 19:11 hours following concerns for the welfare of the occupant. Officers attended and forced entry after enquiries established the occupant had not been seen for some time. A man in his 80s was found inside the address and was pronounced dead at the scene. The death is being treated as non-suspicious.”

It was later disclosed that Len had suffered from coronary atherosclerosis and had died of heart failure. Friends and family were comforted when it was confirmed that Len would have passed quickly and would not have suffered.

Len was a stalwart in the pensioners’ movement, speaking up for a range of improvements that campaigners were seeking for older people. He was also well known in his home borough of Tower Hamlets as a stalwart of the local CND branch. 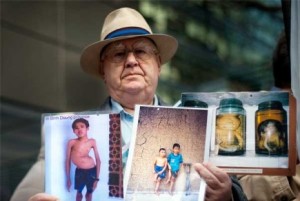 Len holding up pictures of young victims of Agent Orange

Where he absolutely came into his own, however, was as a campaigner, known throughout the world, for the people of Vietnam. Secretary of the British-Vietnam Friendship Society, he visited the country frequently, taking gifts of money and solidarity to all the people who had suffered in the war but in particular to those who continued to suffer the effects of US bombing with Agent Orange. It was Len who exposed, more than anyone else, how enduring the effects of this chemical warfare were, lasting down four or five generations. The Vietnamese people responded warmly to his unstinting support and he received a series of honours in recognition of his work.

It was his disgust at the US use of chemical weapons in the Vietnam war that led to Len spearheading the campaign against Dow Chemical’s sponsorship of the 2012 Olympics, which took place just a stone’s throw from Len’s flat (not that he was a stone-thrower himself, preferring the power of words to that of the sword). Dow had played a large role in the production of Agent Orange but had also worked on how to make napalm more deadly.

The people of Vietnam and of East London have lost a fearless and principled defender of their rights and a giant campaigner for justice.

PS:
Len’s funeral will be held on Monday, 4th January 2016 at 2:15pm in East London.
For non-family members wishing to attend please RSVP to Davidlenson@hotmail.com
To share memories of Len, go to: http://len.aldis.muchloved.com