Don't Miss
Home / Sports / Lockhart’s back with the Lions 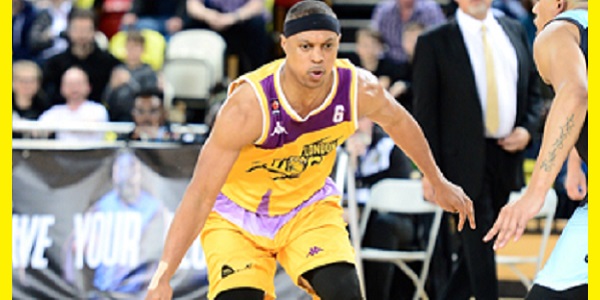 Lockhart’s back with the Lions

THE LONDON LIONS basketball team have announced that Andre Lockhart – who played a key contribution to their Championship winning team – has returned to the Lions, a team he sees as an extended family.

It’s his fifth season playing in London, but Lockhart, 33 – who has Bajan and British nationalities – has been a truly international player. Lockhart arrived in the British Basketball League in 2010/11 – part of the Newcastle Eagles side that finished as runners up in the Championships. He then played in Barbados and Germany, before returning to the UK in 2014 to play for Essex Leopards. He has also played for junior and senior Barbados teams.

Lockhart expressed his delight at rejoining the Lions, saying, “I am super ecstatic to be back with the Lions and continuing into my fifth year with the Club. I can’t thank the management team and coaching staff enough for the opportunity to stay within an organisation that has become my extended family. We achieved great goals last season but weren’t satisfied so will be hungry to achieve more. I want to thank my coaches for having confidence in me and I will repay them by working extremely hard in whatever role is required so we can be successful again.”

Lions Head Coach Vince Macaulay expressed his happiness to have Lockhart back at the Club, saying, “Andre is a rock for us, he exemplifies what you want in a player, a team mate and a friend. He is dedicated to his craft and is always working to improve, his court awareness now is high, his defensive effort is relentless and he is a sage for the younger guys, he is a big asset to us in this coming season.”