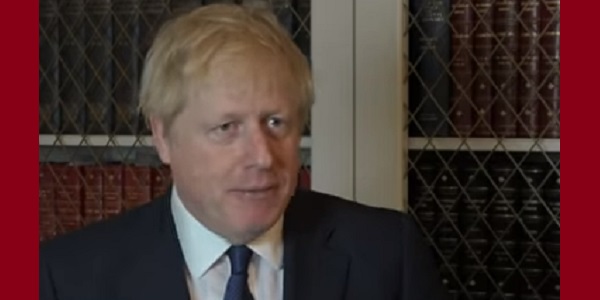 AS TORY Prime Minister Boris Johnson meets every tactic the remainers can throw at him with not so much a straight bat as a hook shot aiming for the boundary, it seems that we might be welcoming a General Election on 14th October.

Johnson has always been prepared to leave the EU without an agreement on future relations (a “deal”). The Tories are split over how to respond to the gloomy world economic situation which nearly came to the point of global meltdown in 2008. Some are content to work within the EU economic bloc, seeing safety in numbers. Others, such as Johnson, are keen to grasp the advantage of becoming the USA’s client state in Europe. An EU deal doesn’t matter to Boris: he just wants to rush into Donald Trump’s arms as quickly as possible.

The new PM has argued that his stance is merely a negotiating tactic: that he needs to show the EU that he is prepared to leave the EU without a deal so that they will actually cave in with horror and offer him a good deal (one without the Irish backstop). We have a word for that in the East End: “cobblers”.

Johnson has put this argument forward to buy himself time as the clock ticks round to 31st October, Brexit day. It was his first shot at keeping the Tory rebels under control. It didn’t work. The United(-ish) opposition held firm and picked up enough Tory rebels to look threatening – and now Boris is trying to stare them out.

The remainers hoped to get legislation through Parliament to prevent a no-deal Brexit in the hope that Boris would be forced to ask for a postponement of Brexit day to extend negotiations. If that failed, they were prepared to try a “no confidence” vote, hoping to bring the Tory rebels with them – triggering a General Election.

Boris has called their bluff. By threatening Tory rebels that they will not be allowed to stand as Tory candidates at the next General Election, and by making it clear that he doesn’t seek a General Election but is prepared to hold one, Boris is minimising the number of rebels and the risk of having a General Election.

But make no mistake: Boris is prepared to hold a General Election if necessary. Back in 2017, when Theresa May called a snap General Election, Jeremy Corbyn was still a new force – who had just won two Labour Party leadership contests. The Tories were genuinely surprised Corbyn was so popular with the electors that he nearly deprived the Tories of their parliamentary majority.

Since 2017, the Tories have had two years to knock, knock, knock and rubbish Jeremy Corbyn – with the assistance of the rebel Labour MPs, to their shame. Boris is riding high, as the man who is trying to deliver the referendum result despite the best endeavours of the remainers who want to stop him. He would get the sympathy vote on that count.

He would also get at least tacit support from Farage. By making it clear that the Tories can now deliver Brexit, Boris has neutered a challenge from the right that may have scuppered the Tories. A General Election is no longer a trump card in the hands of the remainers – it is a gamble Boris is prepared to take. England -v- Bulgaria may not be the biggest battle to be held on 14th October 2019.

•Read more about it:
May begs Corbyn to bail her out on Brexit
Brexit-Boris badmouths the burqa

2019-09-02
admin1
Previous: Colombia are crowned World Cup winners
Next: Lockhart’s back with the Lions