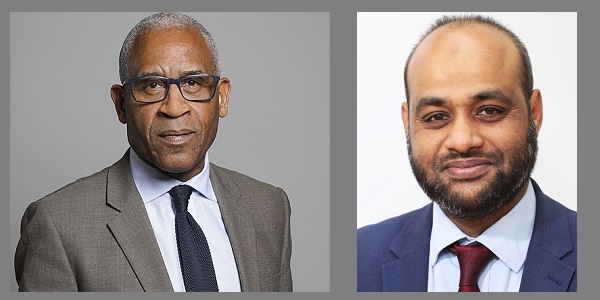 WHY DID THE UK BAME community suffer disproportionately from the Covid pandemic? Because institutional racism in UK society let BAME people live in overcrowded conditions and take the lowest grade jobs.

Why did the Black Lives Matter movement protest so much when George Floyd was killed? Because the institutional racism in US society allowed the police service to kill black men on the streets.

Those were the two locations of institutional racism – one based in the UK and one in the US, but both visible across the world – with which Lord Simon Woolley began his talk on institutional racism at the recent (virtual) meeting of the Muslim Professionals Forum (MPF).

It was a clearly set out thesis which did much to clarify why BAME communities are still so affected by the racism on which our social institutions and behaviour are based.  Within an overall racist approach, some groups can be demonised more than others – and Islamophobia is a noticeable trend in wider society and in the political parties which try to govern it.

Lord Woolley has devoted much of his life to campaigning for BAME people to take positions of power within political parties and societal institutions. However, sometimes those who advance to prominence do not recognise the struggle which got them there. He felt that the way in which Home Secretary Priti Patel had dismissed the Black Lives Matter movement as “dreadful” was heartbreaking.

The talk ended on a positive note, with Lord Woolley concluding that, “We must say to ourselves that we must inspire and encourage a new generation of activists and politicians, of lawyers and doctors and schoolteachers, to confront racism… but [we must] inspire a generation to be brilliant, to be successful.”

It was a sentiment echoed by MPF Chair Cllr Khaled Noor, who said, “Lord Woolley set off a fantastic discussion – explaining the racist legacy of colonialism and how difficult it is to emerge from that legacy.  We still have a great deal of work to do to overturn that legacy and progress towards equality across the world. I urge everyone interested in this subject to watch the discussion.”

In addition to the above comments, Lord Woolley spoke about the Equal Opportunities Commission and about the failings of both political parties. His measured deliver is an easy listen – it’s better than the telly!