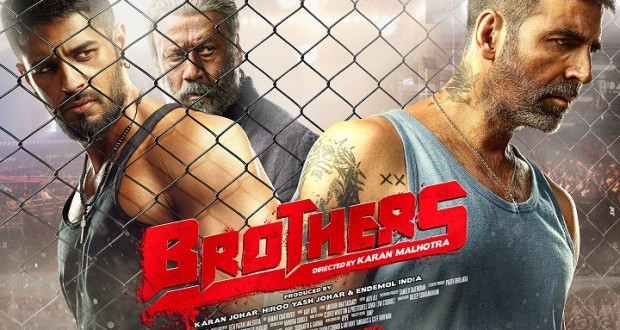 An Indian adaption of the hugely popular hit, Warrior (starring Tom Hardy), BROTHERS is the hard-hitting action-drama surrounding a broken family forced to face up to one another mentally and physically, all within the world of mixed martial arts and underground street fighting. The film stars one of India’s greatest actors Akshay Kumar, and emerging star Siddharth Malhotra. The film is a co-production between Endemol India and one of India’s leading production companies, Dharma Productions.

David (Akshay Kumar) is forced to confront his underlying problems when he finds himself reunited with his estranged family; his father (Jackie Shroff) returns after serving a ten-year prison sentence, and Monty (Sidharth Malhotra) the struggling alcoholic who is active in the world of street fighting, yearns for acceptance and love from his family. Brought together by the arrival of India’s biggest international event in mixed martial arts history, “Right to Fight”, the family must face each other, and their demons, to win the ultimate battle, and find redemption.

Brothers will be released in cinemas nationwide on 14th August 2015. In the meantime, a trailer is available on:
https://youtu.be/wQO8LZ1Vh74

[Adverts]
2015-06-29
admin1
Previous: “Two Jobs” John doubles up to present Tory Boris’s awards
Next: Allan Dick: “Keep doing your best, because if you do, you can reach the sky.”