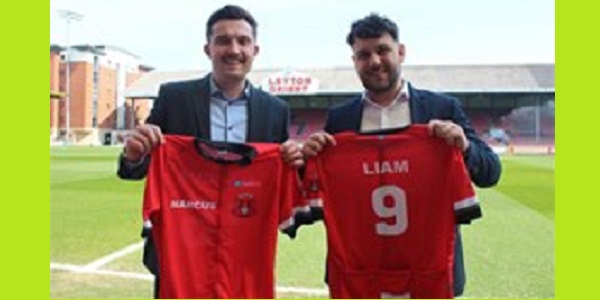 THOUSANDS OF cyclists rode out of East London to the hills of Surrey before returning to the Mall in central London on Sunday, 4th August. They were part of the annual Prudential RideLondon event.

Joining them were the following five men from the Leyton Orient Trust, who finished the course in times ranging from six and a half hours to just under ten hours.

•Mike Spencer and Francis Scoltock are both fans and have participated in RideLondon before, as well as having been involved in the Trust’s healthy lives programme.

•Neil Taylor is the Trust’s Chief Executive and is also a former RideLondon cyclist.

•Marcus Mellor and Liam Adams are from The Energy Check, which sponsors Leyton Orient Football Club. They began training for RideLondon at the start of 2019, and this was the longest ride they have done.

The Leyton Orient Trust works hard to help the local community. However, this year the fundraising cyclists chose to donate the money they raised to the JE3 Foundation, set up by the family of the late Justin Edinburgh. The Foundation is working to raise awareness of heart and brain health. It also wants all health and fitness clubs to be legally required to have defibrillators on site.

Neil, Chief Executive of Leyton Orient Trust, said, “Thanks to the team for taking time out to train and raise funding for us and the Justin Edinburgh 3 Foundation. We are now planning for our involvement in the ride next year. If you would like to ride for us then please let in touch.”