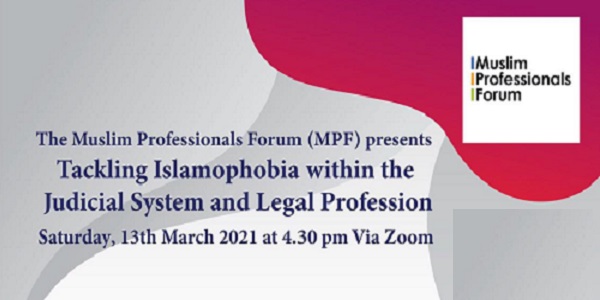 Partners set to tackle Islamophobia in the law

SATURDAY WILL see the public launch of a major initiative to investigate Islamophobia in the judicial system and legal profession of the UK – and make recommendations on how to challenge and eradicate it.

The launch will begin with a panel of speakers from the partner organisations each giving a short overview of their organisation’s experience of Islamophobia – and tackling it – in their corner of the legal world.

There will then be a general discussion, with members of the audience invited to ask questions or contribute their opinions or experiences. The MPF hopes that the meeting will conclude with a plan to take the issue forward by conducting research and then making recommendations. 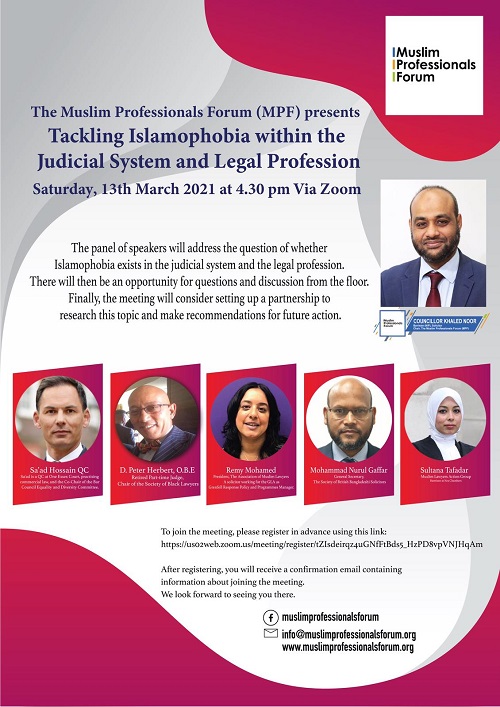 How rife is Islamophobia in East London?  That’s a question the meeting hopes to address and to begin to answer. However, a number of incidents have suggested there is prima facie evidence of Islamophobia which needs addressing.

●The most notorious issue is the case of Shamima Begum, in which the Supreme Court seems able only to see a “scary Muslim” and cannot see a 15 year old girl whose Local Authority and school failed to protect her from being groomed by radicals.

●The other headline case is the election court which investigated the 2014 mayoral election in Tower Hamlets.  The Judge, using a law not used since the end of the 19th century, declared that Imams had improperly influenced the election by advising their congregations who to vote for. The Judge explained that inner city Muslim congregations, many of whom did not speak English (apparently), were not sufficiently educated to take the imams’ views as advisory and would think their recommendations were instructions, rather than opinion.  He contrasted this with (Christian) Anglicans, who were more educated and would understand that sermons from a Christian vicar would be advice with which they might disagree, rather than instructions from a deity.

The MPF meeting will be of particular interest to those involved in legal services or areas of work which rub up against the judicial system – such as youth work, domestic violence or child protection. It will also be a good listen for community and political activists who take seriously the need to investigate and tackle Islamophobia in the various sectors of UK society.