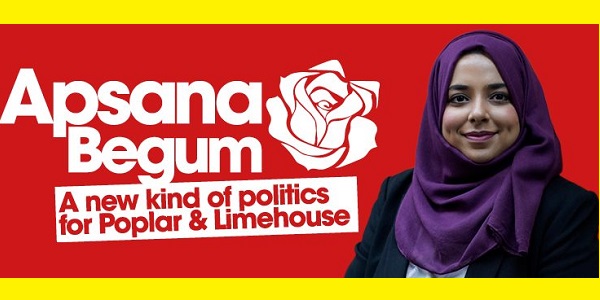 They came, they queued, they listened, they queued some more – and then they voted. There were over 500 of them, and they chose Apsana Begum to be Labour’s candidate at the next General Election.

It was a clean contest with a clear winner and Ms Begum was gracious in victory. But will those who had hoped to defeat her leave it there?

•Read more about it:
Apsana and Bob: backing Corbyn’s vision for East London
Will Bangladeshis unite behind one candidate?

2019-10-27
admin1
Previous: Will Bangladeshis unite behind one candidate?
Next: Biggs declines to endorse members’ choice