TWO MEN have been jailed after ambushing Luther Edwards after a boxing match in Bethnal Green and stabbing him to death. The incident occurred nearly two years ago – in July 2016. 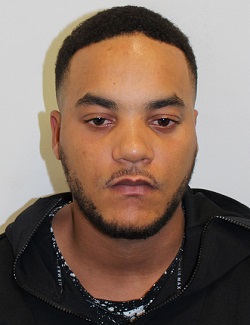 Just after 10.30pm on 29th July 2016, police received reports that someone had been stabbed near Bethnal Green Tube station. The police and London Ambulance Service attended and found a man collapsed on the forecourt of a petrol garage at the junction of Old Ford Road and Cambridge Heath road, E2. The man was taken by ambulance to an East London hospital but sadly he was pronounced dead at 11.40pm. A post mortem later established that the cause of death was a stab wound to the heart.

The victim was later identified as 31 year old father of two Luther Edwards. Police believe that he had attended a boxing event at York Hall with some friends. He had become involved in an argument inside the venue and was then ambushed and attacked by a group of people as he left the event. He was stabbed twice.

Police believe Edwards managed to make his way to Cambridge Heath road and then across it, to the garage. He was followed by some of the people who were attacking him, and they continued to assault him before he collapsed.

The Court was told that Luther had texted his girlfriend, who was not at York Hall, during the boxing. He had sent her a photo of Marlon Thomas, who had been her partner some years previously and whom Edwards had not met before. 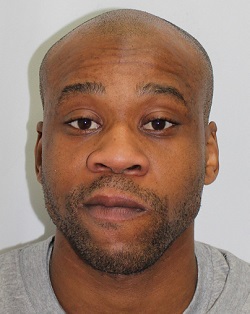 Jerome Osbourne: accused of “throwing the first punch” which started a larger altercation

Marlon Thomas, 28, of Woodcote Place, SE27, and Jerome Osbourne, 33, of Chessington, were found guilty at the end of June, after a seven week trial at the Old Bailey. Thomas was sentenced to 14 years’ imprisonment and Osborne to twelve years.

Speaking after the two convicts were sentenced, Case Officer DS Brett Hagen said, “This investigation was a lengthy and challenging one, but ultimately justice has prevailed. I would like to take this opportunity to thank my team for their painstaking work in reviewing thousands of hours of CCTV footage, which led to the arrest, charge and conviction of the individuals who carried out this savage attack.

“Luther’s family, several of whom were present on the night, have displayed incredible courage and patience throughout the last two years. I hope they can take some solace in the convictions and today’s sentencing.”

2018-07-08
admin1
Previous: Corbyn congrats for England but silence from Jim & John
Next: Hackney mayor listens to locals over homes plan