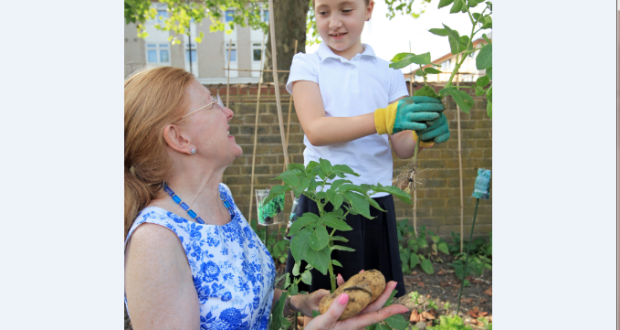 Role reversal? Could this be the first time a young East Ender gets to look down on a Victoria Lady?

Since the Tories headed up the Coalition after the 2010 General Election, they have been making cuts in public spending and presiding over austerity measures which have made life harder for ordinary Eastenders. Government attacks such as the bedroom tax and welfare benefit tax have left many East End families only able to buy the cheapest, unhealthiest food – or forced them to supplement their own buying with trips to the food bank.

Mayor Lutfur Rahman has been able to plug some of the gaps. Awards for young people staying in education post-16 and, then, for those going on to university; discretionary housing payments; support for getting into or back to work… and now free school meals have all helped keep people in Tower Hamlets a little safer from the impact of the Tory attack.

Against this backdrop, Lady Borwick, aka Assembly Member Victoria Lorne Peta Borwick, a Deputy Mayor of London, deigned to drop into Tower Hamlets last week to claim the credit for Tower Hamlets’ work in promoting good health in its schools (that’s the schools which Lady Borwick’s party is trying to dismantle).  According to Wikipedia (not our usual reference source, but there are sometimes limits to what we can be bothered to do), Lady B., a Tory councillor in Kensington & Chelsea, spent eleven years as Director of the Olympia Fine Art and Antiques Fair and a further period of time assisting with the International Fine Art Fair in New York. What better experience could there be to  prepare one to understand the problems of the East End?

What brought Victoria to the East End was news that Tower Hamlets by far the highest proportion of schools with a Healthy Schools London Award. She wafted in to St Luke’s Primary School to see for herself some of the initiatives which have helped gain so many awards. Having made her visit, Lady Borwick announced: “I was delighted to visit St Luke’s to find out what they are doing to get pupils eating more healthily and becoming more active. Ninety-five per cent of schools in Tower Hamlets have already signed up to the Mayor’s Healthy Schools London programme, including St Luke’s, putting them well ahead of the next borough. Congratulations to everyone for showing such commitment to the health and wellbeing of their schoolchildren.”

Figures from the office of the Mayor of London show that 95% of Tower Hamlets schools have at least a Bronze Healthy Schools award. This is way ahead of the next highest figure in the capital – Islington, with 45%.

Courteous as ever, Mayor of Tower Hamlets Lutfur Rahman said: “I am delighted that the Deputy Mayor of London was able to see for herself some of the wonderful work going on in Tower Hamlets’ schools. Healthy children make better learners, which is why we in Tower Hamlets place so much emphasis on encouraging healthy living among our children.”

The Healthy Schools London scheme is aimed at acknowledging health and wellbeing work in the capital’s schools and issues Bronze, Silver and Gold awards to recognise healthy achievements and practices. Typical Tories: with one hand they take away your resources; with the other hand they hold out some low cost scheme to reward you for spending your own money on things that are good for your own residents and which allows them to pretend they care. 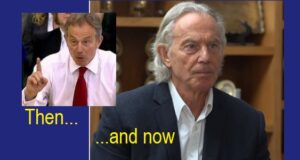