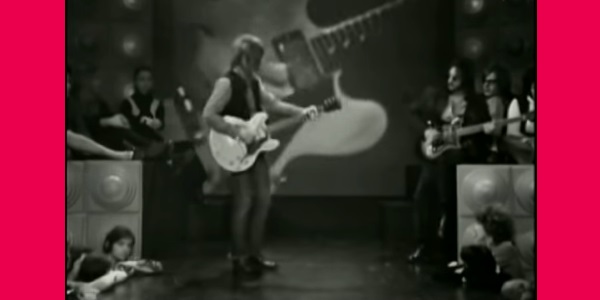 Here we are with 1970’s 14th – and final – number 1 of 1970. Jimi Hendrix occupied the top spot for just one week before Dave Edmunds came along with this cover of I hear you knockin(g) (the “g” appears to be optional, with no apostrophe acknowledging its absence when it isn’t there).

The song was written by Dave Bartholomew in the 1950s, although there are versions of similar songs going back to the 1920s. It was first recorded by New Orleans rhythm & blues singer Smiley Lewis in 1955 and later by Fats Domino. Other artists had a stab at it too – a misfortune that can often befall a jolly good song. Let’s not go there.

Sadly, the otherwise worthwhile Edmunds brought little to the song – though it is possible to stack up a flow of pretentious drivel claiming that it has musical integrity.

The song has a simple message, telling a simple story of someone who will not speak to a former lover who left the relationship and now wishes to return. It speaks to many who have had a similar experience of taking back the power in a relationship. Enjoy this brief performance, and then search YouTube for the Smiley Lewis version. Sorry, Dave.