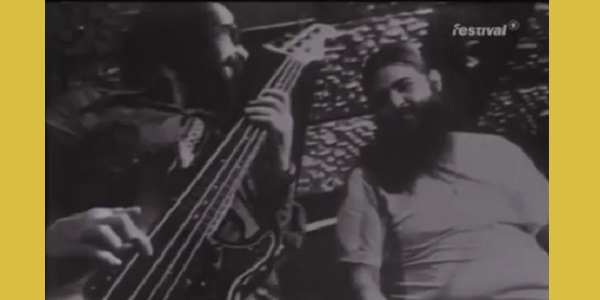 Peter, Paul and Mary were at number 2 for a solitary week – after which they were knocked off by Canned Heat with Let’s Work Together.  By whom? With what? To cut a long story short…

In 1962, Wilbert Harrison released a song called Let’s Stick Together – as a follow up to a reasonably successful earlier single. He was in a heated contract war at the time, however, and the song failed to chart. In 1969, Harrison had another go at the song: he changed the lyrics, resulting in the new title Let’s Work Together. It was release in 1970 and did reasonably well in the USA and less well in the UK.

Canned Heat – a rock band with a blues tinge based in Los Angeles – had been going since 1965. The band had spent the last half of the 60s as stalwarts of the hippie movement, even appearing at Woodstock, but after Let’s Work/Stick Together they had a high line-up turnover and less (any?) chart success.

Let’s Work Together was probably best remembered as a hit for Bryan Ferry in 1976 – in its Let’s Stick Together guise (until the right wing sympathies of Ferry and his children became known and people tried to forget about his music, which they found easier than they had expected).

And here we come to the main difference between the two versions of the song. Let’s Stick Together is an appeal to a marriage partner not to let the union break down, for no particular reason other than a general feeling that one ought to keep one’s promises – which makes the popularity of the Bryan Ferry version rather alarming, come to think about it. Let’s Work Together, on the other hand, is a general hippie anthem about the need for the human race to co-operate rather than foment confrontation. It’s actually a song for our times from a band that perhaps ought to be better known.

It has been impossible to find a video of the original band singing this song. Instead, we bring you a nostalgia feast: a recent video made from the original promo video and some classic Top of the Pops dancing (with, sadly, a brief appearance from Jimmy Savile). Admire the fonts in the artwork, enjoy the period dancing and feel that nostalgia.