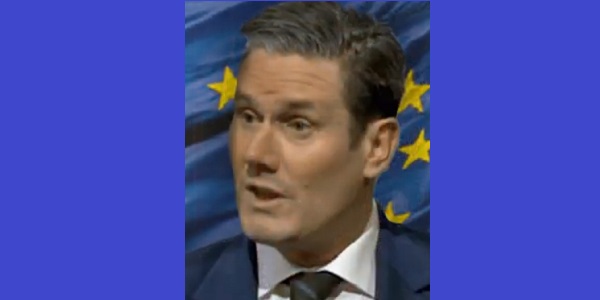 Starmer wins: it’s back to Blairism

KEIR STARMER, the architect of Labour’s last General Election defeat, has been voted in as Leader of the Labour Party. He was supported by members hungry for a General Election victory, who are set for disappointment.

As the Labour Party’s spokesperson on Brexit, Starmer was in a key place to unite the Party around the position agreed at its Conference. He didn’t. He was swayed by talk in the Westminster bubble that voters wanted to change their minds on Brexit and joined the Lib-Dems in campaigning for a second referendum.

That position threw the Lib-Dems back into oblivion and was a major factor in Labour’s General Election defeat. Core Labour voters in the North and Midlands, persuaded to back Brexit by right wing nationalist rhetoric, had heard nothing to change their minds.

It wasn’t just the content of the second referendum position that was worrying. Labour members should also be concerned that their new Leader was so nonchalant about acting in contradiction to the policy decided at their own Conference, by ordinary members and affiliated trade unions.

When Labour realised that Tony Blair was no longer electable, they replaced him with Gordon Brown. When Gordon Brown lost a General Election, they tried Ed Miliband. When Miliband lost a General Election, many commentators expected more of the same. Party members knew better, and elected Jeremy Corbyn, who really began to turn the tide. Undermined by his own MPs, Corbyn was kept from office.

Starmer is rumoured to be considering bringing key Blairites who were central to undermining Corbyn into his Shadow Cabinet. As long as Coronavirus spares Boris Johnson, there is no crisis in the Tory Party that could ever allow Blair Lite to gain office for Labour.