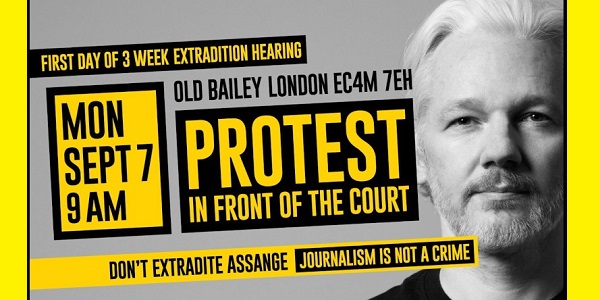 JOURNALISM is not a crime! Nonetheless, Julian Assange will attend an extradition hearing at the Old Bailey on Monday, 7th September – and the Stop the War Coalition is among the groups supporting a protest which will gather from 9am outside the Court.

The USA is seeking to extradite Assange so that they can put him on trial in the USA on 17 charges under their Espionage Act. The charges follow Assange playing a part in publishing thousands of classified documents – which, according to protestors, detailed wrongdoing on the part of the USA and many other countries.