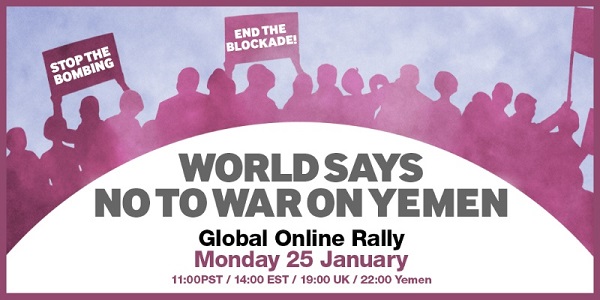 STWC calls on the world to stop the war in Yemen

THE WAR IN Yemen – and, therefore, the future of its people – is poised on a knife edge. Trump is rattling his biggest sabres as he makes the final touches to his legacy – but there is hope that Biden could reverse US policy and end the war.

War has been raging since 2015.  In short, the Houthi movement took control of western Yemen and Saudi Arabia formed a coalition of Arab states to drive them back and restore the rule of Yemen’s president, Abdrabbuh Mansour Hadi. The Saudi-led coalition has received practical support from the UK, the US and France.  The west alleges that Iran is giving practical support to the Houthis, which Iran denies.

When we say Trump is rattling his sabres, we mean, of course, that he is getting someone else to rattle them for him. US Secretary of State Mike Pompeo has recently claimed that Iran has allowed al-Qaeda to set up headquarters in Iran.  There were fears that Trump may want to launch a last minute military attack on Iran, as Congress has already sanctioned military action against al-Quaeda.

Pompeo has also declared that the Ansar Allah (Houthi) movement (which the US believes is backed by Iran) is a “foreign terrorist organisation”. Aid agencies believe that this will make it difficult – or even impossible – to deliver food to the people in Houthi-controlled areas.

“The designation is going to be a death sentence to hundreds and thousands if not millions.”
David Beasley, Executive Director of the United Nations World Food Programme, referring to Pompeo’s declaration

Millions of people in Yemen rely on aid and foreign imports for food and also for medicine – in a country where several preventable but deadly diseases have taken hold.  It’s impossible to understand how the world can let this continue. Campaigners hope that Joe Biden, who has previously said that he will end US support for the war in Yemen, will come good on his word.

●The Stop the War Coalition is supporting a Day of Action on 25th January which has been called by over 260 organisations across the world. There will be a global rally on Monday, 25th January at 7pm (UK time). To register for the rally, go to:
Rally

●For up to date information about Pompeo’s speech in Yemen, go to:
Pompeo’s Houthi designation

2021-01-16
admin1
Previous: Who is suspect in Romford shooting case?
Next: Will Biggs turn Bow into 12 year building site? 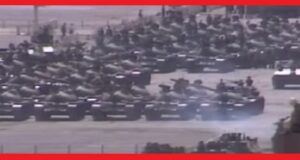 June 4th – “we shall never forget”