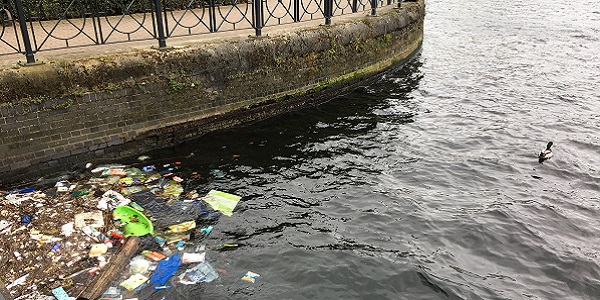 Today’s photo was taken on 28th March 2021 on the eastern side of Millwall Outer Dock. The rubbish in the water is so bad, even the duck is swimming away from it.