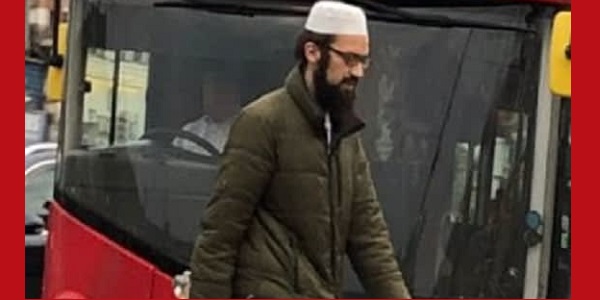 POLICE are trying to identify and find a man in connection with a series of random attacks on Jewish people which took place on the streets of Hackney on Wednesday, 18th August. 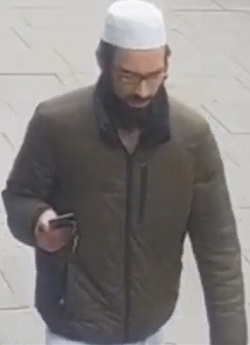 New picture of the suspect

On Friday, 27th August police officers from the Central East Command Unit toured synagogues and Mosques in and around Stamford Hill, handing out leaflets which showed a picture of the man they wish to find. The image was taken from CCTV footage. Their work has been supported by officers from across London and by local leaders in the Jewish and Muslim communities. Initial feedback from the two communities is that the man has not been seen locally before and may have come into Stamford Hill from another part of the UK.

Rabbi Herschel Gluck OBE, president of Shomrim North and East London, said,  “Shomrim is working full-out to facilitate the arrest of the perpetrator of the recent spate of anti-Semitic attacks. The Muslim community in Hackney stands together with the Jewish community. The enduring friendships and great working relationships should never be underestimated. These will definitely continue, whatever challenges are faced.”

Detective Chief Inspector Yasmin Lalani, senior investigating officer, said “The attacks have caused considerable shock and concern from both communities, and we have been working closely with prominent members in a common effort to find the man pictured.

“All of the victims reported that the man approached without warning and assaulted them before quickly leaving. He is not reported to have said anything. We retain an open mind behind the motive but the reported incidents are being treated as hate crimes. Clearly his pattern of behaviour is very unusual and concerning and we are doing everything we can to trace him.”

The attacks took place on Cazenove Road, Holmdale Terrace and Colberg Road. Police believe there may have been other attacks too and urge any more victims to come forward.

●Anyone who has any information which may assist police is asked to telephone police on 101 and quote reference 4492/20AUG. Alternatively you can contact Crimestoppers on 0800-555 111 and give information anonymously.

●Read more about it:
Gun threat used in theft of BMW in Bow
Bow stalker sent to jail

2021-08-28
admin1
Previous: Is this a reshuffle or is the house of cards collapsing?
Next: The Thames today