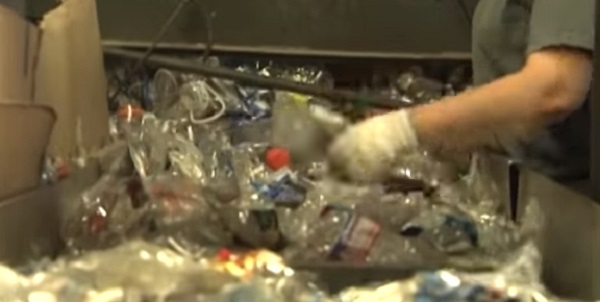 CHINA HAS recently announced that it will no longer take plastic rubbish from the UK – exposing the UK’s recent practices and strategic planning on recycling as… pretty much a load of rubbish.

Two startling pieces of information have been brought to light.

•First, the UK has been sending up to 500,000 tonnes of plastic to China for recycling every year. How on earth is that rational? Shipping plastic waste to the other side of the world has at least protected some marine workers, but building a facility to recycle plastic in the UK could surely have provided many more. The environmental cost of the exercise is also worrying.

•Second, the UK had no contingency plans for dealing with its plastic rubbish if those arrangements, poor though they were, fell apart.

Simon Ellin, Chief Executive of the UK Recycling Association, told the BBC that 25% of UK recycled plastic – and just over half of its waste paper – was going to China. Other experts agreed that China’s sudden ban on taking plastic was going to leave the UK with a massive problem. Some other Asian countries may take in some of the waste, but certainly not all of it.

Some commentators believe that the UK may try to store its plastic waste for long enough to allow it to build incinerators to deal with the plastic – a strategy condemned by Greenpeace, which said that while incineration can provide some electricity, it does so at the cost of creating toxic by products, which are then, in turn, difficult to dispose of.

It would also be misguided to start developing facilities to incinerate plastic, as this would create a demand for waste plastic and encourage manufacturers to continue relying on single use plastics for packaging. Environmentalists suggest that it would be much better to discourage the reliance on single use plastics, perhaps by taxing such products or their manufacturers.

The decision on what short term response and long term strategy Britain should adopt lies, in the first instance, with the Secretary of State for Environment, Food and Rural Affairs – Michael Gove. Gove has been a highly unpopular Secretary of State for Education and Justice, championing policies that never drew widespread support, even from fellow Tories. It is now thought that he fancies his chances in the next Tory leadership contest.

•Read more about it:
The eve of Christmas Eve with One Third Soup Kitchen
Stepney FC and Human Relief Foundation form partnership