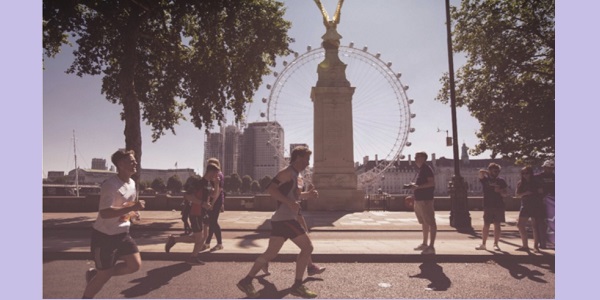 A NEW 10K run will take place in the capital – just before the start of this year’s school summer holidays. The event, formerly known as the British 10k, will now be known as the Asics London 10k.

The event is being organised by Asics, a sports clothing company, and Virgin Sport, part of the Virgin business empire. The route of their 10k runs through central London and past well known landmarks such as Big Ben, the London Eye and River Thames. As the runners go past, there will be live bands and DJs on route, as well as cheering fans. The event will conclude with post-race festivities in central London.

Jessica Frey, CEO of Virgin Sport, said, “We’re thrilled to be partnering with ASICS to bring this new and exciting running event to one of the world’s most lively and iconic capital cities.”

Cathy McGinnis, Marketing Manager of ASICS UK, said, “ASICS doesn’t view running as an elitist sport. We’re here to encourage everyone to get up and run – and partnering with Virgin Sport for the ASICS London 10k made perfect sense. It’s an epic yet inclusive route for all runners and we’re very excited to see London unite and win the long run on the 21st July”.

This summer, ASICS is encouraging people to run united to highlight the inclusivity and openness of the city. Runners can go further and faster when they’re running together, encouraging each other and celebrating as one.

From May 2019, 10K participants will have exclusive access to a host of free weekly training runs where they can find support and encouragement from fellow ASICS London 10K runners, ASICS ambassadors, and the pacing team that is comprised of runners from an array of clubs and communities across London.

•To find out more about the ASICS London 10k and to get Early Bird race entries, go to:
www.asicslondon10k.com