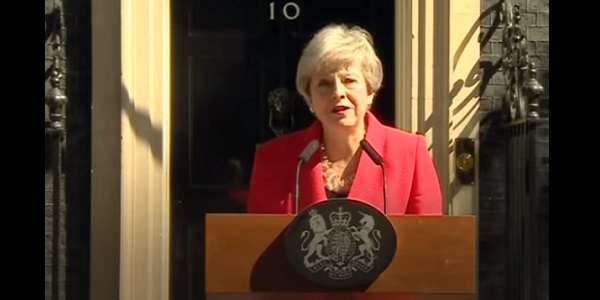 Teresa May resigns and Prime Minister

“BE CAREFUL what you wish for” is a handy and probably ancient Chinese saying – which the Tories would do well to remember as they celebrate the end of May.

For months the Tory Party has been united on one issue at least: blame May and get rid of her. On the question of what happens next, they are as divided as they have been since 2008.

The global economic crash in 2008 rocked the establishment, and there was no easy answer to reverse the downturn. Across the developed world in Europe and northern America, right wing parties were divided over whether to adopt austerity policies until the economy stabilised or whether to invest public funds to get the economy going again – and how to frame what they were doing in political terms that would win public support. 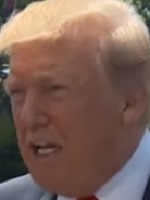 This indecision led to the rise and success of populist parties and politicians in some areas: Macron in France blamed all the problems on career politicians and offered a new way of doing things because he had no political experience; Trump did virtually the same thing in the USA. They distracted the public with easy answers (such as blaming immigrants) while behind the scenes the business people and economists tried to work out what to do.

In the UK, politicians on the right were split over whether to remain in the EU and gradually try to reflate the economy; or whether to cut ties with the EU and attract subsidy from the USA by becoming its representative in Europe (a sort of privatisation of the country). 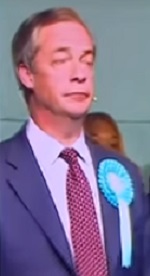 Nigel Farage and Boris Johnson, both mates of Donald Trump, have always been keen on the second option – though they went about it in different ways. We can only speculate about the degree of collusion there was between the three of them. What we know is that Farage popularised the notion that the UK’s economic plight was the fault of the foreigners, while Boris kept in the background. UKIP’s growing popularity bounced David Cameron into believing that the new party might eclipse the Tories at the next General Election.

Cameron was bounced into holding an in/out referendum. All parties fought the referendum campaign on the basis of swapping slogans rather than explaining the issues. The Brexiteers’ populist slogans were, of course, more popular than the remainers’ slogans – and Brexit was born.

The Brexiteers had won, but it was left to the remainers to implement withdrawal – hence the current problems and, ultimately, May’s departure.

While Farage had pretty much convinced his followers that leaving the EU was little more than handing our keys in at the desk and heading off to find a taxi, May saw implementing the Brexit vote as a piece of homework, which should be done thoroughly and on time. She accepted the framework which the EU set: two years negotiating a withdrawal agreement, two years (or more) negotiating new arrangements – and fudge or delay on the difficult issues. The EU wanted a long process – partly out of habit and partly to give the UK time to change our mind.

The Brexiteers had to come out of retirement and find a way to leave more quickly, with fewer strings. They didn’t want the UK to get caught up in a new trade or customs deal that would prevent the us from being able to sort new deals with the USA that would persuade the USA to adopt the UK as a client state. It was time for Plan B: get rid of May (the hurdle in the way of a no-deal exit) and put Boris in as PM instead. 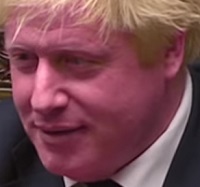 The campaign between right wing politicians, business leaders and the right wing press to blame, trash and humiliate Theresa May has been vicious (and not a little misogynistic) – but it has worked. No expense will be spared on installing Boris: the other candidates for the Tory leadership are just also-rans who will soon discover that removing May has not established a majority in the House of Commons for any of the options over what to do about Brexit now.

The soft opposition – from Labour rebels and the Lib-Dems who are attempting a political re-birth – is still stuck on the one tactic of holding a second referendum in order to trump (no pun intended) the result of the first. However, if the MEP election does indeed produce a large UKIP vote, the second referendum is, as a tactic, dead in the water.

•Read more about it:
May begs Corbyn to bail her out on Brexit
Corbyn calls for General Election as May hints she’ll go