Don't Miss
Home / Crime / Where are the warehouse robbers? 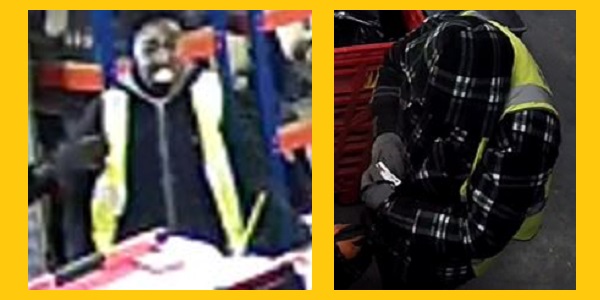 Where are the warehouse robbers?

DAGENHAM was the scene of a vicious robbery back on Sunday, 6th January – when a gang tied up and threatened a member of staff at a warehouse on Messina way. They tied him to a chair and one of the two robbers showed him what appeared to be the handle of a firearm. 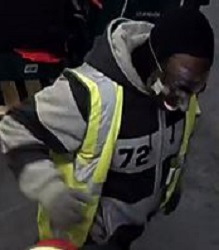 The two robbers helped themselves to boxes of mobile phones and electrical items as a third man loaded the items into a white van. The entire operation took around ten minutes.

Fortunately the member of staff they had tied up was found within minutes by another worker at the warehouse, who was able to free him. He did not suffer any serious physical injury. They quickly called police.

Detective Constable Conor Lynch, who is leading the investigation, said, “The white Ford Transit van seen in the CCTV we have released today has not yet been located as it had false number plates, and tracking it down is essential to our investigation. The victim found himself in a very frightening situation and we will continue to provide support throughout the process.

“We really need members of the public to look at this footage carefully and come forward if they believe they have any information at all. It could be the piece of evidence we are looking for that helps lead to the conviction of those involved.”

•Anyone who has information which could help the police is asked to contact the Flying Squad via 101 and quote reference Cad 5903/06Jan. Alternatively you can contact Crimestoppers on 0800-555 111 and give information anonymously.

2019-07-30
admin1
Previous: Islamic Relief appeals for help with Bangladesh flood relief
Next: It’s back to basics for Bangladeshi cricket