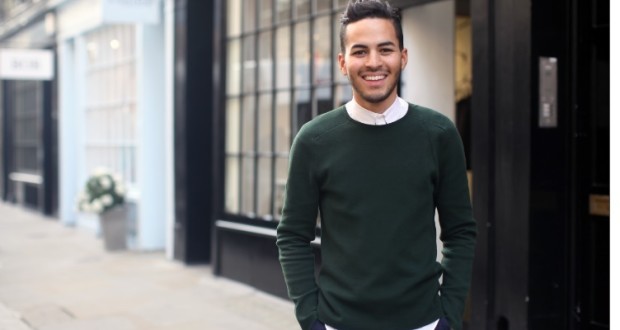 We’ve never seen “brand launcher” on a Careers Adviser’s list of jobs. What is it about your personal and educational background that got you into working with abstract concepts like branding and innovation?

I’ve always wanted to launch my own business, so after leaving school at 16 I attended the Peter Jones Enterprise Academy and following that the School of Communication Arts. The School of Communication Arts was where I got a really good insight into branding and innovation. We were lucky enough to be mentored by some of the leading figures in advertising: they were game changers and industry disruptors and provided lots of inspiration.

You’re 21, almost still at the start of your adult life – but you seem to be almost at the top of your working game. How did you get so far, so fast?

I hope I’ve not reached the top of my working game yet! I feel I’ve still got lots to learn and many projects that I’d love to work on. I suppose the fact I’m not one of those people who finds it easy to sit down and do nothing has helped. I’m also pretty ambitious so that’s kept me moving at a pretty fast pace.

What are you trying to achieve at Old Street? Is it something to interrupt passing travellers or to draw more people down into the Underground?

It’s a bit of both. For Old Street, we wanted to re-imagine the Underground experience and create memorable experiences for those using the Underground, as well as giving small businesses and exciting brands a superb opportunity to appear in these high footfall destinations.

We also want to turn it into an exciting retail destination in itself – attracting people from above ground to go underground and see what’s going on.

Do the various attractions you are trying to bring to Old Street share a common theme, or will you be looking for success through diversity?

Old Street is trying to challenge the homogeneous retail often found in stations and transport hubs. Old Street is about creating a truly evolving retail space.

We’re treating Old Street like a magazine and acting as editors of the content. We wanted Old Street Station to constantly change it’s “conversation” throughout the year. Therefore, we’re introducing new themes to the station (like features in a magazine) which respond to a “moment” above ground. They could be Sport, Tech or simply Fashion. The brands within this station will be responding to the theme but offering their own interpretation of it.

When Old Street Station opens on 22nd April the brands will be responding to the theme “Interconnected States” and looking at the relationship with Online and Offline. There’s a great selection of start up apps and online companies who are experimenting with their first physical space.

Pop-ups: can anyone do them?

Yes, pop ups appear in all shapes and sizes with anyone from big brands to one man bands with simply an idea making them happen.

The great thing about the Old Street Station project is seeing so many brands come forward you’d never imagine encountering in a physical space, let alone setting up shop. From online marketing companies, to the latest start up apps, its great to see the people behind them bringing their brand to life in more exciting and experiential ways.

What values do you bring to the Old Street Enterprise? What’s your take on issues such as sustainability, globalisation and equalities?

We want to create more opportunities for anyone with a great idea to seed it into a large audience, and make it travel. Old Street Underground is a place to seed ideas in a crowd known for being early adopters. This is about creating an underground movement, in every sense of the word.

With Appear Here, we’re looking to reactivate landlords’ latent assets and allow these spaces to be used by others who have an idea to fill them.

Old Street Station, with it’s wide ranging, connected audience, is a great platform for brands to make their ideas travel further. Similarly, it’s a great spot for brands which aren’t from the area to tap into the Old Street community.

Whether you’re a big brand or a small start up, all we want to see is a good idea fill these spaces – so the opportunity is there for everyone.