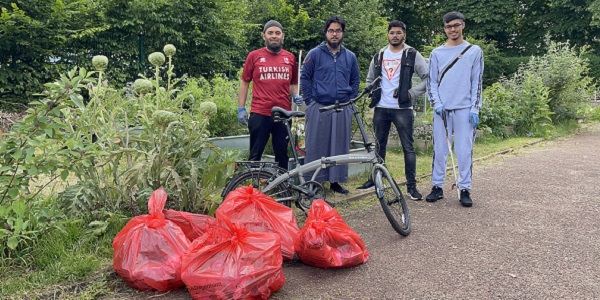 While out exercising, Emdad was astonished at the amount of rubbish volunteers had taken out of the lake in Barking Park. The community leaders signposted him to Roding Rubbish, a local litter picking group. He was lent a litter picker and a roll of bags.

Zoinul Abidin, Head of Universal Services, provided a permanent litter picker, bag ring and a few extras – with which Emdad started the Little Litter League. The campaign has one objective: to use litter picking to engage young people and to educate and raise awareness of cleaner communities. The latest session saw the group collect their one thousandth bag of rubbish.

Emdad said, “We don’t criticise, condemn or confront, but we choose to use positive action to reinforce the message that a cleaner community is a safer community. We really enjoy what we do and are confident that raising awareness is the best way to change our habits for the better!”

To this end the group engage with young people and families in litter picking sessions in various neighbourhoods, parks and estates.

During this milestone session, the group, including Mehdi Abidin, Muhammad Talha and Abdullah Rahman found a dead pigeon in a discarded Tesco bag. It is like that the bird had suffocated after getting stuck in it. Generally plastic production is increasing: it is set to double by 2040. 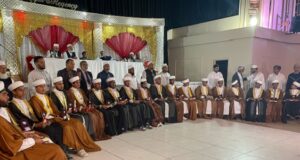