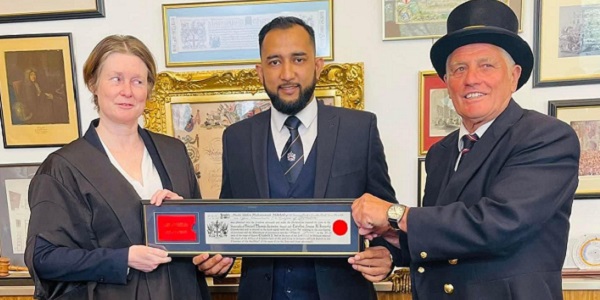 EAST LONDONER Muhi Mikdad has been awarded the Freedom of The City of London. The honour was presented to him during a ceremony at the Guildhall, London.

Mikdad is an extraordinary community activist and while fulfilling many other roles he has served as a St John’s Ambulance qualified vaccinator. During Covid the NHS volunteer was active for almost 2,000 hours with various community services. Mikdad runs his own foodbank and is an active sports coach at London Sportif, where the team engage with over 300 members.

The Tower Hamlets Civic Award winner was named a Freeman in recognition of his community work and his services to education. Last year Mikdad received a Tower Hamlets Community Champion of the year award and this year he received a University of Sunderland Alumni Achiever of The Year Award.

Speaking after his ceremony at Guildhall, Mikdad commented, “It’s a really proud day for me personally. I’d like to say thank you to everyone who has supported and encouraged me to serve the community throughout my life.”

●Read more about it:
Shahin Uddin awarded Freeman of the City of London
City of London Freeman honour for Rofikul 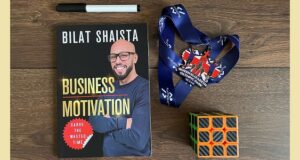