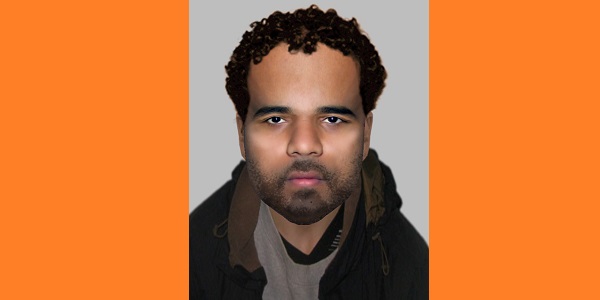 E-fit of the main suspect

POLICE ARE looking for a suspect after a 28 year old man was stabbed in Valentines Park on Perth Road in Ilford. The incident took place at around 4.30pm on Bank Holiday Monday (28th May).

The emergency services were called out to the incident and found the victim, who had been stabbed in the neck and back. The London Ambulance Service took him to an East London hospital, where it was established that fortunately his wounds were not life threatening.

The police are trying to establish exactly what happened in the park. They are appealing to anyone who saw the stabbing to come forward. In particular, they are looking for the man suspected of carrying out the attack – and they have now released an e-fit of the suspect.

He is described as an Asian man, aged between 20 and 30. He was wearing a long green jacket and was carrying an eight inch silver bladed knife with a brown handle. It seems that he walked or ran off after the incident.

Police are also keen to speak with a woman who was seen in the area at the time of the incident, whom they believe may have information which could help their investigation. She is described as white, with red hair. She is believed to have been walking two dogs in the area of the incident.

•Anyone who saw the incident or has any other information about it and has not yet contacted the police is asked to do so now by phoning the police via 101, quoting reference CAD5215/28May. Alternatively, you can call Crimestoppers on 0800-555 111, where you can give information anonymously.

2018-06-13
admin1
Previous: Westfield watch thief caught on camera
Next: All smiles at the dentist