Don't Miss
Home / Featured / Bangladesh at 50: is it really as good as gold? 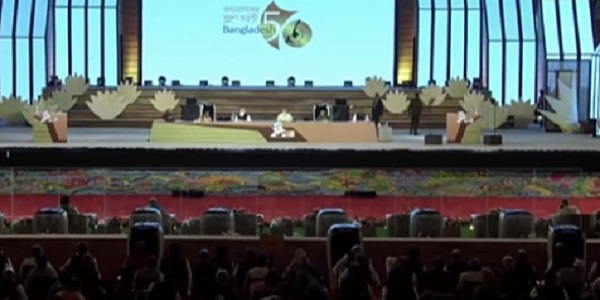 The official celebrations were perhaps a little restricted given Covid precautions.

Bangladesh at 50: is it really as good as gold?

As Bangladesh celebrates its golden anniversary, Mak Kunwar reflects on the country’s achievements – and on developments which are giving cause for concern.

AS BANGLADESH, its hardworking people and its diaspora celebrate 50 years of independence, it is in the young country’s own interest to celebrate the journey – but also to reflect on the challenges ahead.

There are many positives and feel-good stories for Bangladesh and its people as it reaches its golden jubilee. Bangladesh is one of the greatest economic growth stories in the world, with average economic growth increasing progressively every decade since 1980. Its exports have risen by about 80% over the last ten years, and a well-considered projection suggests that its domestic GDP per capita last year exceeded India’s. 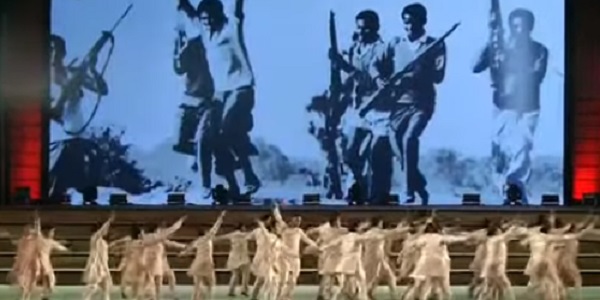 Dancing at the official anniversary celebrations.

There is more. Bangladesh has one of the world’s most competitive and thriving garment industries (although the wealth it has generated has not been equitably distributed). The education and empowerment of its people, particularly women, have been transformative: this needs to continue and grow further.

Bangladesh and its people have made huge strides since its inception. People of Bangladeshi heritage are making enormous contributions in many professions across the globe, not least here in the UK. Bangladesh has a vibrant network of non-governmental organisations and high levels of remittances. The United Nations Development Policy Committee has recommended that Bangladesh graduate from “least developed country” status and become a “developing country” – a far cry from Henry Kissinger’s denigration of post-independence Bangladesh as a “basket case.”

Bangladesh is poised to become a bigger player in regional and global geopolitics –but the country’s economic success has been accompanied by a slow but persistent descent into authoritarianism. Sometimes the good news about growth and progress clouds the memory of the spirit of the independence movement that gave birth to it – which embodied a passion for freedom, liberty, the right to independent thought and standing up to injustice and tyranny. This golden jubilee is a good moment to reflect on the importance of those values – values that resonate deeply with people in Tower Hamlets, London’s East End and beyond.

Prime Minister Sheikh Hasina – the daughter of independence hero Bangabandhu Sheikh Mujibur Rahman – has consolidated the rule of the Awami League (AL) through punitive crackdowns on the opposition and the muffling of dissent. There is increasingly a feeling that Bangladesh is de facto a one-party state that crushes any opposition and dissent, however genuine and justified.

While the AL enjoys genuine support, there is now evidence that the party won elections in 2018 and 2014 which were unfair and manipulated by government interference which aimed to promote candidates from their own party and intimidate the opposition. The democracy score awarded to Bangladesh by the well respected organisation Freedom House declined by more than 30% in seven years (2013-2020). Just how bad things have become was exposed in the recent Al-Jazeera investigative documentary All the Prime Minister’s Men. 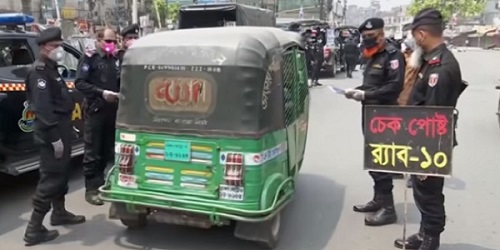 The persistent decline of democratic norms and the gagging of opposing voices is against the spirit of Bangladesh’s own brave independence struggle and movement. I would go as far as to argue that Bangabandhu Sheikh Mujibur Rahman would be ashamed of the tactics and approach deployed by his daughter’s authoritarian Government. Not only that, but Bangladesh’s backsliding on democracy risks jeopardising its economic success. This is why I hope this caution and criticism is taken in the spirit in which it is offered – for the love of Bangladesh and its great people. 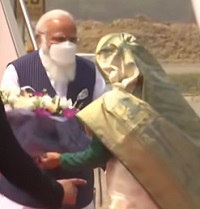 PM Sheikh Hasina greets Indian PM Modi as he arrives in Bangladesh for the anniversary celebrations.

The consolidation of power by intimidation of dissenters by the Awami League contributes to corruption and cronyism. In addition, Sheikh Hasina’s AL Government’s draconian curbs on internet freedoms, like the one exercised in Jammu and Kashmir by the Modi Government in India, are seriously damaging the country’s economy, especially digital enterprise – and setting alarm bells for the foreign investors.

To strengthen its impressive economic record this far and to curb its gradual slide into authoritarianism, Prime Minister Hasina would do well to focus on addressing persistent income inequality and poor transportation infrastructure.  She should also reverse her Government’s anti-democratic mindset in favour of dialogue and a viable and equitable political process. In doing so, she will be honouring the spirit of her father’s independence struggle.

If she does not reverse her slide into authoritarianism, Bangladesh’s democracy will continue to suffer, the nation’s international reputation will nosedive further, and its chances of obtaining that promotion to “developing country” will suffer severe setbacks. If she does not change course, Bangladesh’s future might not be as bright as the proud nation’s extended 50th birthday celebrations suggest. Bangladesh deserves better from Bangabandhu’s daughter.