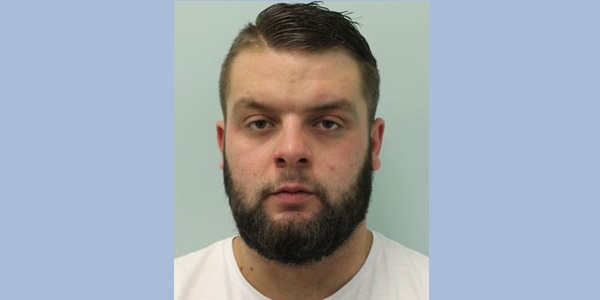 THE SORRY STORY began when Jack Bush, 24, of Oakdale Road, E11, got into a fight with Constantin Sin on High Road in Leytonstone in the early hours of 5th May 2019.

Riyaz Adam, who called himself a friend of Bush, saw the fight and drove his car into the group. Constantin suffered fatal injuries and another man was injured too. Bush and Adam drove away, leaving their injured victims. They dumped their vehicle in Snaresbrook, where police found it later that morning – realising that its number plates had been changed.

Police examined some registration plates that had been taken off the car and left in the boot. They found samples which were later found to contain Bush’s DNA. They were also able to identify Bush from CCTV footage. Bush did hand himself in to the police on 15th May 2019, days after the killing – but denied changing the number plates.

Riyaz was tried and convicted of manslaughter some time ago. On 6th August 2020, Bush went on trial at the Old Bailey, charged with changing the car number plates and perverting the course of justice. Having initially pleaded not guilty, Bush changed his plea during the trial. He was sentenced to six and a half years in prison and disqualified from driving for four and a half years.

Detective Chief Inspector Mark Wrigley said, “Bush did everything he could to cover up the fact he played a role in this awful incident in a pathetic attempt to avoid justice. Constantin was the victim of a callous and frighteningly swift course of actions, for which he paid the ultimate price. He had multiple injuries which were just not survivable.”

•Read more about this story:
Who killed Constantin Sin?

•Read more about it:
Prison for man who murdered colleague in Clapton
Massive police operation brings murderer to justice